A Woman of Faith - “I Once Begged to Live. Today, I Give so People May Live” 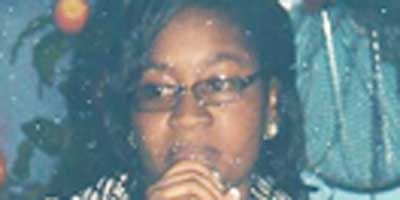 Pastor Mrs. Malike Tells Her Story - Third in the Know Her Story Series by Zoneziwoh

“As a child, I grew up loved by my parents. Unfortunately, I lost both parents very young” says, Pastor Malike Benyella, a spiritual warrior, mentor, actress, and founder/director of Mount Olives School of Professional Studies and Mentorship.

"I started my life with 800fr (approximately £1), with no home or shelter, I had to fend for myself.”

Malike Dorothy, 28, was born in Limbe, southwest region of Cameroon to father Fabien Itoe Motale [late] and nurse mother, Florence Bie Mosongo [late]. She is the second child of her mother, but her dad's first.

Having become an orphan at age 17, young Malike sponsored herself through college from the meager income she generated working in a private firm in Yaoundé, Central region of Cameroon.

Today, Pastor Mrs. Malike is the founder of Victory Kingdom Ministry International, situated at Bomaka [town in Buea], on Miss Bright Street. She is married and a mother of a lovely 2 year- old girl.

Respected by many, from young to older people and well-known for her great charisma, dynamism, and prophetic voice for many years, Malike has engineered and led several actions, through works of arts, humanitarian supports and creative writing to change and transform many youths' lives, particularly girls and women.

Malike is also a passionate and fearless preacher of the gospel.

She formally was a preacher at the Church – Jesus Christ Embassy with over 800 people – young and elderly across the nation gaining spiritual transformation and empowerment.

In this next series of #KnowherStory, Malike shares for the second time her life story: who she was and how she became this powerful figure and acknowledged servant of God.

Sometime in 2010, Pst. Malike first spoke about herself in her first publication: “STEPS to a SUCCESSFUL LIFE”, a veritable masterpiece which describes her journey through life, likewise educating younger people with the steps to gaining self-empowerment and development.

Growing up, she says, as I sat with her for the interview, life wasn’t so easy:

“I experienced firsthand suffering.  I witnessed all forms of temptation. I received all sort of sexual advances from people, but I made a personal decision to not engage into commercial sex work and /or transactional sex”.

I lost my mother when I was barely in primary four at age 9. And, seven years after, I lost my dad while in form five.

When I heard my dad was sick, I left school for a while, came home to support my dad so he can get well.

While at home, my parental aunt; Emerencia Musongo helped to finance my dad’s medications, but after sometime, she ran out of money. I was left with my dad. I had to struggle. I ran helter skelter to my dad’s friends’ and there was no way they could help at that time.

I ran to the streets of Limbe with a friend Ako and we begged.”

Even after all of that, she recollected:

“I finally lost my dad. After promising my dad, I will make him proud.

That year, I took the fourth position in my class and though this had made me very happy, my dad didn’t have the opportunity to see my report card.”

“When my dad passed away, one of my aunts took me with her. After a while, I was taken to another aunt.

Challenges poured on me like hot oil mixed with pepper. A lot of problems plunged in between my aunts and I – a series of problems and misunderstandings. Life started treating me with so much hate.

Many times over I cried bitter tears, and I asked God series of questions. As if things couldn’t be worse, I was driven away from home.

I had only 800 francs with me and I decided to face life. I had one thing on my mind and I said: I will never be a failure in life.

God is the holder of my destiny, not my parents or guardian.”

“I stayed with a friend and later moved to another, where we lived five of us in a single room here in Buea. We managed day in and day out. On one faithful day, a friend’s friend felt concerned and worried about me. He asked why I was always at home and where my parents were.

I told him my story and he sympathized at my situation and offered to help me by paying for my computer classes.

I discussed it with my roommates who gave their consent, and that was how I met God.”

Faith in the Future

"The young beautiful lady who taught me computer, happened to be the bridge God had kept for me, but I didn’t know.

She is now the pastor of Christ Embassy Buea. I was fond of singing and she caught interest in my voice. She told me about God. Though I knew God, there was something different about her beliefs and assurance of God that caught my interest. I started listening to her preach to me. She told me about her own troubles and I became even more comfortable.

Each after class I would walk home with the assurance that I would make it big in life.

Time passed and tragedy started to show its face again.

After a couple of months the friend in whose room we were living told us about her problem with her parents. The decision was, we had to pack out of the room because her parents were not comfortable about the number of people living in the house.

Frustration gripped me and I decided never to live with anyone again. I told myself I would rather live under the bridge than live with someone.

I was tired of people sending me packing and I decided to make a decision.”

“I told my computer teacher about the challenge and the one thing she told me was that I should tell God about it and tell him exactly what I wanted and when I wanted him to do it for me.

It sounded a little funny but I decided to give it a thought. I still had some time before leaving my friend’s house.

I told God exactly what I wanted, just as she asked me to do. It was during their three days of prayers and revelation meeting that I told God all that I had gone through as if he did not know. I told him all that I wanted. First, I told him, I needed a job and a house of my own in two months’ time.

I didn’t know how, but I believed.

While I thought and worked myself up daily for new ideas to make money, people told me, I would not succeed, unless I dated rich married men, “mbomas”. I told them I will not, and I kept my words.”

“With God, I became very strong and more ambitious; I started experiencing more great miracles. I got a house of my own, a job [my first salary-earn was 15000frs working as a private assistant at one Design and Graphics company based here in Buea. And a few years later, I was promoted as a financial controller for the same company.

I also reconciled with my maternal and paternal families.

Having worked for several years, sponsoring myself through life, I wanted something else. I needed more and wanted to establish myself.”

"In 2011, I started transforming my thoughts into actions.

I launched the program, Women’s Time Out (WTO), a transformation training and hope building programme for women and girls.

Having been through some of the saddest life experiences, I discovered that so many women and girls in our society are going through similar challenges – be it domestic, social, or spiritual challenges.

The overall goal of WTO was to bring women and girls across all fields of work into one common space. Where together, we discuss and share personal challenges and experiences affecting our lives, [and] identifying the problems and seeking ways to address it."

The Courage to Overcome Obstacles

"After couple of WTO gatherings, I observed something – that many of the women and girls present shared similar experiences.

That is, either at their homes, they had no voice in deciding on matters of the home or they were completely socially excluded from social activities.

I remember a woman telling me; ‘I have a lot of things to do for my society, but do not have the means, strength and courage you have’. Having listened to all the women, I began to see women classified in groups of dimensions: the first, second, and third dimension."

"The first dimensional women were groups of women who are generally uneducated. Their decisions is been taken by their husband or father, brothers. And this is very common in other parts of the country, especially in the northern regions."

"Then, the second dimensional woman – educated but lacks a proper foundation to represent women’s values.  For instance, the second dimensional woman gives the impression that men and women are in a fight for social status and position. Meanwhile, in real terms, it is not a fight per se, but an equality issue and the call for respect of all humans and opinions – whether woman or man. "

"The third dimensional woman is this woman who is educated and is properly oriented towards women’s rights values and is able to articulate the needs and interest of women’s own issues in a more peaceful and professional way.

The third dimensional woman is domestically, socially, and spiritually strong.

She is the type which society needs [to encourage]. Women who are powerful socially, domestically and spiritual. Women who cement and fill in all aspect where society is failing and unable to solve the world’s problems. 3D women [who] build and impact the society for good.

They are giants all round.”

Having observed the missing gap and gender misunderstanding, Malike transformed the WTO two-weeks' training into a six-month training program.

The reason, she explains, is that women needed more intensive knowledge on issues affecting a woman’s life and to understand ways of finding solutions. Thus the creation of MOSPSAM –  Mount Olives School of Professional Studies and Mentorship, a registered private institution [college] both for women and men.

MOSPSAM, established in 2012, has at its heartbeat to educate, inspire and lead on people who will cause great change in the world. MOSPSAM has as principles: excellence, quality, achievement, productivity, hard work, and honesty.

“Life, and its challenges, will bow to you if you face it with courage knowing that success is inevitable. God is the supreme creator and master of success; trust in him”