Introduction by the Founder - The Story of WFAC Cameroon 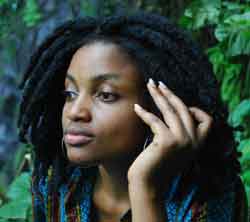 Zoneziwoh MbondguloAfter years of work experience with women’s groups locally and globally – mostly online, Zoneziwoh Mbondgulo, being young in years, noticed the absence of young Cameroonian women, especially those under 30, in the gender discourse. Despite this fact, they are often ruthlessly suppressed and deprived of their rights.

In an effort to close this feminine gap and to encourage and empower the women to believe in themselves as active agents for change, Women For A Change Cameroon (WFAC) was created (then WFAC Buea).

WFAC Cameroon is one of those real success stories of an ardent social networker, who moved her passion to vision to action.

"On that blessed evening - 19th August 2009, around 8.30pm, at a public cybercafe, I was surfing randomly for nothing specific. Just when it there were a remaining few minutes for the cybercafé to close, I stumbled across this social site on ning; Women for a Change (WFAC) - now called A Safe World for Women. The name – WFAC immediately captured my attention.  Trapped in the dilemma whether to fully read and digest the information on the site or to sign-out of my machine, since the cyber attendant was almost shutting down the server, I instead  hastily subscribed to WFAC.

The next day, I went online with the intention to read what WFAC is all about – conversely, I had received so many emails notifications from WFAC. One of which came from Jane Young; former WFAC international co-founder; another one from Irit, Shruti Nagar, Antonia – there were so many, I wish I can remember all.

That notwithstanding, among these emails, which I recalled clearly came from Shruti, connected me to someone who is now a sister and a best friend; Patience Flora Nforsi, a young Cameroonian woman based in Yaoundé, who I had never known –till after my subscription to WFAC.

Third meeting of WFAC Buea - pre-launchAfter weeks of communication and advocacy with all the wonderful women on WFAC, almost around mid-September, or / and early October, just the time many schools resume, in my little chalet, this idea started nurturing in my mind on how to get young women involved in the gender struggles.

Until one day, a few months later, I settled on establishing WFAC in the University of Buea.

The reason for choosing the university milieu was simple:

Based on the two assumptions mentioned above, I then communicated my thought (idea) to the founder(s); Chris Crowstaff and Jane Young, as well as to WFAC through the forum page. And I feel profoundly honoured that WFAC shared in my vision.

Together, with few friends and colleagues, WFAC Buea began to hold meetings upon meetings. 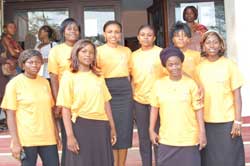 The launch of WFAC BueaA month later, it organized its first seminar on November 26th, 2009 – a day after it became officially recognized as a campus-based association.

So, that is how it all started and WFAC Buea was formed –which has since then break waves, changed lives and restored hope to many young people, female students in particular. WFAC Buea has been a source of inspiration to young women. Through WFAC Buea, over five young women have led leadership programs, created youth groups etc."