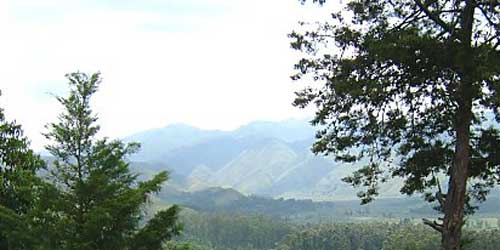 The recurring warfare that has been occurring in the DR Congo has left many bodies of women torn apart. Women and girls have been awfully damaged in their bodies and souls as they have been repeatedly raped. This shows us how the rapists chose to inflict humiliation, pain, and terror on their victims in order to totally degrade the individual victims as well as their families and communities.

The conditions in which the victims have been raped have remained untold for ages due to traditions that forbid women to publicly address sexual issues. As victims decide to share these stories with the world, some organizations like the Congolese Females Action of Promoting Rights and Development (COFAPRI) lend support to the victims in order to overcome the trauma, shame, and stigma they face.

As one victim explained to me, telling their stories can help them mend their wounded souls:

"Since I have been visiting COFAPRI in this area, I have learned a lot I did not know before. I had been living with my stories in my heart, at the bottom of my heart - but now it is no more the case. I have discovered that in teams, we can achieve more despite the fact that our bodies were injured.
Today our hearts are being mended and in turn, we also mend the hearts of others. As we learn from others, we also teach them at the same time. I ask any other victims in our area to tell their stories and this will help them fell a little bit relieved."

The negative sides of rape are many, and these are due to the fact that rape itself is violence on women. Some rape victims become pregnant and ultimately deliver children who never know their fathers. Such mothers and their children feel great shame of what has happened to them. Some of these mothers do not find it easy to raise a fatherless child. Furthermore, when the child wants to know who their father was, it causes more hurt for the mother.

One mother at COFAPRI recalls the experience of becoming pregnant and raising a child as a result of rape:

"I was raped, my body was damaged and my heart deeply got hurt. At that time, we had had three children, and they were all mature already.
Another child, the fourth, came from that rape.
I had told my husband when they raped me, as I was coming from the field. We had gone there together but he left earlier as he had to go and take care of our four goats we had left on a string in the bush near home.
I could not bear it when I saw my periods had missed. I immediately reported to him; he said nothing. He simply responded ‘umm, ok’. I did not know what to do. I sat and thought twice; get abortion? No, it is sin and I may die of it. Keep the fetus until I deliver? Maybe, but who will feed this child. My head boiled and boiled.
I let it grow and the kid came out. No support; no moral, no material support from anyone. All mine abandoned me. Now the kid is mature. Sometimes, he asks me, "But mum, where is my dad?" This question never lets me sleep at all.
I am pleased your organisation is mending my heart again; you have taught me a skill that is now helping me get some income, which I could not before. Moreover, my four children, including the one of rape, are all going to school thank to you.
I had my soul totally damaged and bleeding, but you are helping me and my child to understand that though our bodies have been torn, our minds can still be mended and so we can move forward. I believe in your unity and support to us."

Women who deliver children of rape should not be neglected at all. In fact, after rape, and any other sexual assault, the victims need to reestablish their human feelings of happiness and trust through becoming and being a member of a family or a community that cares for them. These victims need people who love them, take care of them, and are interested in their lives as survivors of rape. This can give them another meaning of life, showing them that they are being cared for and that there are other people who care about them.

This victim describes how receiving support through COFAPRI has given her new hope for the future:

"Before I was thinking that being a victim of rape means the person has died. But today I have recognised that not giving oneself motivation is something central to whatever one wants to become.
We want to recover from trauma, shame and discouragement in us so that we can remake our lives, our selves after the violence we endured.
You are special and alone in these villages around us; since I have been coming here at COFAPRI, I have learned, seen and experienced a lot.
Here are many other women like me and even those who are not like me (not raped), but all of them are showing me affection and sympathy.
I have learned from here that life does not stop with rape, as men, women and children are there for me, to help me become a new person who has affection and confidence like any other person in the village."

Any person who has survived rape or any other form of violence in the home or in community should not give up on themselves. The body can be damaged and be repaired, the same as the spirit. Joining women who have gone through the same plight can help a lot in remaking a new life. In such circles, there is a lot that can be learned. Though your mind has been torn due to rape, this should not discourage you. Rather, you can seek ways to remake a new life. The first step is yours, and the second is ours!