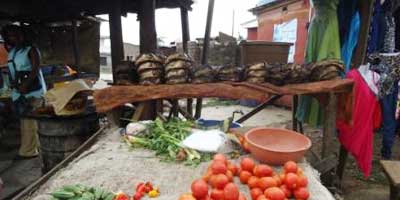 Zoneziwoh MbongdguloLong before Cameroon’s independence and the creation of women’s NGOs and microfinance institutions, grassroots women realized the need to empower themselves through local means.

Known as ‘ngangis’ or ‘tontines’ (women-owned spaces), they have existed for centuries. To date, ngangis remain one of the most active and oldest forms of rotating micro-savings programmes for many people--grassroots women in particular.

Through these ngangis, women have sought better opportunities to realise their potential and make valuable contributions to the economy, as well as improve living conditions, and reduce poverty and hunger in their communities.

Mama Grace recently recounted how a ngangi remains beneficial to her.

“I make my contributions and when I receive my collections, I do something substantial. For instance, last December, I lost my father unexpectedly. And it was thanks to my daily ngangi contributions which I used to transport myself and four kids to the village,” she said, adding that she was able to pay for her father’s burial.

With each contribution immediately donated to a member, ngangis supporters say it is one of the best means to obtain an urgent fund for contributing members.

“Five years ago, before I became a member of this ngangis, I never dreamt of purchasing land. I couldn’t dare think of buying a plot”, said Jacky Bokwe, a Tole-based business woman with over four years’ experience belonging to ngangis. But thanks to the ngangis and its leader, Mama Mbong, Bokwe said, she is able to own a plot which she bought last year and also has been able to run her own grocery store for almost five years.

Ngangis group meetings can take place anywhere : in the corner of a house, at beer parlours, under a tree or in the classroom, in a hall or in the market, at different times of the day. Members assemble for their rotating contributions, or savings, which are immediately handed out to who’s receiving for that day.

“I love ngangis and would always belong in ngangis groups because I can negotiate to be given the first daily contribution", Celine Mbong, a local businesswoman, said in an interview. “And this is done without any interest or charge. Unlike other credit institutions where I am asked to bring in collateral or must register first”.

Ngangis groups are made up of members from all walks of life but are linked together by a common need: money. In order for anyone to benefit from this scheme, she must contribute. Contributions are usually daily, weekly or monthly depending on the ngangi. Each ngangi has its own format. So, each time contributions are made, it is offered to a member, chosen through ballots or individual nomination in sequence.

Just like women’s NGOs and microfinance institutions, ngangis groups aim to empower the sisterhood network through informal but quick means. Based on sheer trust and with volunteer assistance, leaders are assigned to manage these contributions.

Mama Mbong, leader of a small Tole-based ngangi that has existed for over five years, says that when the ngangi initiative came up among the women in her community, Buyuku, the few first women present chose her. And since then members have developed confidence in her and entrust her with their contributions.

This kind of gathering can sometimes last from 30 minutes to two hours or more. Apart from the core issue--to make monetary contributions--other activities occur during ngangi meetings. This, many ngangi members say, has been very helpful to them personally and professionally.

When you are in a group, said Mama Grace, you share ideas and learn more than when you don’t belong to any group. “Ngangi helps me grow”, she added.

“It talks about how we can help ourselves, or expand our businesses, educate children – the girls and boys– keep our environment clean”, a colleague of Mama Grace remarked.

A ngangi meeting is a school by itself, a place for informal education, said Susana Billa, a local business woman who has been into ngangis for decades. Due to ngangis, she added: “I have much knowledge on micro-credits unions and techniques in managing my small business, about HIV/AIDs prevention, and how to relate with people living with HIV”.

Many ngangis are also currently the best platforms for civil society organisations, community-based organisations, religious groups and NGOs, and political establishments’ advocacy campaigns and trainings. Fonge Temate, a female condoms promoter for the Universal Access to Female Condoms (UAFC), Buea says ngangi groups are already a great platform for educational talks since membership is often over 10 or 20 people.

“My work requires me to reach out to as many people as possible”, women especially, he said. And such groups, Temate said, provide an excellent milieu to teach a larger audience on the correct and systematic use of condoms, negotiation skills and the advantage of the female condoms.

Most ngangis--especially those within smaller quarters or residences--do not have names or written bylaws to govern the internal management of the group. That’s irrespective of the number of years a group may have existed.

Unlike ngangis, microfinance institutions started in the 1990s after a presidential decree was passed in Cameroon. Though the banking system was present before MFIs, it was beneficial only to the rich. Many rural people, most of all women, couldn’t benefit because of the stringent rules to request a loan.

Formal and accredited, MFIs offer men and women an alternative to gain access to finances to enhance their small businesses as well as to keep committed to their ngangis contributions. With no special gender considerations, interest rate ranges from 2 to 3 per cent.

In 2006, total microfinance institution transactions had risen to USD 324 million , representing 20 per cent of the national bank transactions in Cameroon, according to a 2008 report by Tamfu Hanson for IPS. Since then, MFI transactions have often been on the rise in most years.

In spite of the existence and success of MFIs, some critics say these programs still need to have a greater impact on women. In order to empower the grassroots women, more flexible loan conditions are required.

‘Empower Rural Women – End Hunger and Poverty’ was a theme at this year’s U.N. International Women’s Day, held earlier this month. It was the first time rural women were given such prominence at the event. Cameroon, like many U.N. member states, joined in the commemoration of this annual tradition to recognize women’s achievements and accomplishments in building a better world.

Even at that, Manga Clara, chief of service for the Economic Empowerment of Women at the Regional Delegation of Women, South West Region, said there is a need for more gender-sensitive cooperatives, agrarian and economic facilities, to empower the rural woman more. For rural women, she said, have remained the main sources of agricultural labour force. And thus must not always be labelled on this vicious cycle which is poverty all the time. Investing in rural women is for the betterment of the nation’s development and security. She added.

However, some women-focused MFIs are now serving as a boost to the centuries-old ngangis and offer additional opportunities for rural women in particular.

Because of these MFIs, many women can now provide meals to the family and no longer have to depend solely on their husbands or male peers or partners. More children (girls especially) are going to school. The standard of living, and health and social status of many families have improved.

Florence Onyama, one beneficiary of such a program, said: “I used to buy only one basket of tomatoes but now I buy three. Besides, my capital has increased. There are things I could not do a year back, but now I am able to live a comfortable life with my family”. She is a beneficiary of the 2011 NkongHill Top Microcredits Initiative.

NkongHill Top a local-based Common Initiative group (CIG) founded in 1996 on the basis to improve the socio economic status of the community especially rural and urban poor women, created its microcredits program for women, known as Nkong Women Cash Up (NWOCA) Scheme, in 2006. It has successfully provided financial support to over 800 young women within the southwest region of Cameroon. And many of whom interviewed testified that their lives have changed for the better thanks to the micro credits offers from Nkong.

Similarly, the Rural Women Development Center (RUWDEC) NGO was founded in 1999 to facilitate rural women’s accessibility to microcredits with low interest rates to help them open and or expand small-business centers, hairdressing salons, and participate in animal rearing and farming. The same organization created the DROMBAYA Micro Credit Scheme in 2008, particularly for women. And this affected over 150 women’s lives from 2008 to 2011.

Yonga Nelly-Shella, coordinator for RUWDEC, says that their microcredits program has been successful. Now, in the eight rounds of loan disbursement since 2008, they hope to affect as many lives as possible.

*Why do grassroots women continue to participate in ngangis despite the existence of MFIs?"

They do it because most ngangis don’t ask for an additional fee such as: a registration or membership fee, the purchase of a savings book, passport-size photos, etc. In addition, ngangis grants are given to the beneficiary with no charge.

Each member is entitled to what she contributed and sometimes with some benefits given that some members are fined for either overdue or late contributions or because members offer solidarity, or freewill, contributions to support a member who has just had a new-born baby, or is having a severe family crisis (ill-health, death, accident etc.) Ngangis provide urgent help, like within 24 hours depending on the situation. Moreover, ngangis are less procedural and less intimidating, especially as because they involve less paper work.

Speaking with some rural women in Tole, they say both ngangis and MFIs are helpful, but more financial support is needed to sustain their daily activities. They would love to move from using rudimentary agricultural tools to more advanced machinery and modern farming technology to improve their yields and production. They would also love to belong (save) in many more ngangis groups given that they have the finance to contribute.

In addition, they say, more investment is also required in transforming their perishable produce into long-lasting and other supplementary products.

Last but not least, they say that more flexible microcredits conditions would empower the rural woman and raise her status into a more advanced, independent and enlightened woman.