South Africa: Women can do it too says judge 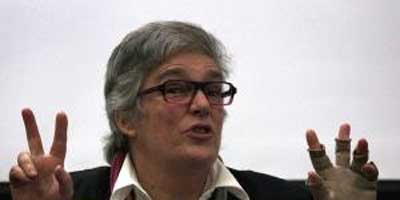 South Africa: Women can do it too says judge

The judiciary is an institution fraught with sexism, with women keen to become judges constantly being degraded and not being given the same respect as their male counterparts, says Judge Kathy Satchwell.

She was addressing a group of students at the Wits School of Law yesterday, as part of a women’s month event.

“There’s a lot of sexism. If you are a woman you have to go on a course to become a judge, but a man can simply serve as an acting judge and apply for the job. Men have thought of this [course] as a marvellous thing. They think this is helping women become judges. They are incredibly proud of their expensive courses.”

“Management of the judiciary is sexist. If a man has been an attorney for 18 years and a woman for 18 years, a woman is sent for this course and a man simply applies for the job.”

Judge Satchwell left the students in stitches when she spoke of her 16-year battle to challenge the “whites only lavatories” which were built to cater for men only in the Johannesburg High Court.

“I have been saying for 16 years: ‘Why do we have a urinal when we now have women?’ And I ask: ‘Why do we still have the whites only lavatories?’ The other day a colleague called to say: ‘Kathy, can I please have your hand?’ I said: ‘In marriage?’ They said: ‘No, just come with me, we have renovations in our building’, and they took me to the [new] lavatory and there are no urinals,” she said.

The judge, who was once grilled about whether her homosexuality would prevent “God-fearing South Africans” from identifying with her when she was interviewed for a Constitutional Court post in 2009, said, however, that the “sexist” mentality had more to do with where the decision makers come from.

While mindsets have changed from an era where women were only allocated cases relating to children and divorces because “we have a particular empathy”, there was still more that needed to be done to change the justice system, she said.

A founding member of the Black Sash in Grahamstown, a women’s human rights group, the judge – who has constantly spoken out about the Johannesburg High Court’s appalling conditions and toilets that are “unfit to use” – advised the legal eagles in the making to have balancing powers in their lives, adding that there was room for them to carve a niche for themselves.

“You’ve got one life, so take care of that. Don’t work so hard that when you are 70 you will be saying I wish I had gone to the Kruger [National Park], I wish I had learned how to knit.

“Be passionate and enjoy what you do. You don’t want to sit on your deathbed thinking: ‘Was that all there was to it?’ ”