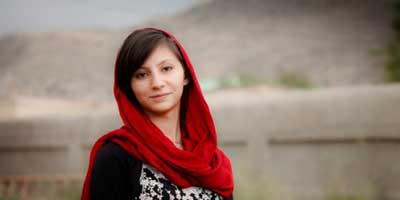 By Alyse Walsh | The Daily Beast

The news that the Taliban gunned down a schoolgirl last week shocked the world, but not a young woman named Noorjahan Akbar. The 21-year-old Akbar has been leading a fight for women’s rights in Afghanistan—and she’s quite familiar with seeing women in her region get targeted for “crimes” such as seeking an education, refusing a forced marriage, or fleeing an abusive husband. Akbar, the cofounder of a nonprofit group called Young Women for Change, has been instrumental in organizing trailblazing efforts such as the first Afghan march against street harassment, radio campaigns about gender equality, and street posters against child marriage and abuse. This year, her group opened a women’s Internet cafe in Kabul, providing a place for women to gather and share ideas.

Akbar, currently studying at Dickinson College in Pennsylvania, is quick to admit that her activism puts her at risk. Still, she soldiers on. This past spring, she joined Secretary of State Hillary Clinton on stage at Newsweek and The Daily Beast’s Women in the World Summit, and she blogs for Afghan websites, boldly speaking up for women.

What’s the reaction among young women in Afghanistan and Pakistan to the shooting?

Many of the young girls I know and their friends are scared, especially activists. Parents are scared that the same thing could happen to their daughters. But the amount of support through media and protests in Afghanistan and Pakistan is a sign of how powerful Malala is and how powerful other women can be. It is a horrible situation for her and scary for all of us, but given how much attention has been paid to it—even local people have defended her—I think it’s a hopeful message.

Is this tragedy a shock or has violence been increasing against girls and women?

I don’t think it comes as a shock. It happens too often. Just this summer, the women’s rights activist in Afghanistan Hanifa Safi was killed. We’ve had 50 honor killings since March. It’s becoming less shocking or terrifying because it happens very, very often.

Malala’s case was more horrifying because she was so young and because nobody would look at her as a threat, as a 14-year-old girl promoting education. [When someone older is attacked], people don’t think of it as news—nobody heard when Hanifa Safi was killed this summer. Everyone’s talking about Malala, which is good because it happens all the time. Afghanistan created a program to pray for her in schools. Fifteen girls had acid thrown on their face a couple of years ago, but nobody held a public protest. More than 300 girls were poisoned in Afghan schools this summer specifically because they want an education. And that’s a big deal, but nobody wants to talk about that. Malala’s case has created such a buzz and it deserves it, but so many of these cases go completely ignored.

I try to stay updated as much as I can about world news, but I hadn’t heard of her before the shooting. The media doesn’t focus on these women who are making everyday accomplishments. I am connected to these women everywhere, but the media doesn’t cover the stories of these heroic women until something happens to them, which is really sad.

What is effect of an event like this on the work that you and other activists do?

Maybe 10 to 12 years ago, people wouldn’t have held a protest because a young girl was attacked. But now it is happening and people are speaking up against it, fighting, and protesting. That gives me a lot of hope for the future. Not just for me and my work, but for other women.

When Hanifa Safi was killed, for weeks everybody was terrified. [This time], we will have the ability to be empowered through the support Malala is being given. It will give [activists] the ability to work harder and the ability to know so many people are willing to stand up for them. It will give them more courage. But many, many people do think that the fact that this could happen will prevent people from activism.

The fact that people are holding protests, rallies, vigils and candlelight events is definitely a sign of progress … As extremists and terrorists gain more political and military power, atrocities like this will increase. I hope that this will be a wake-up call for our people and our governments about what ideologies they should support or negotiate with.

Do you and the young women you work with get threatened with violence? 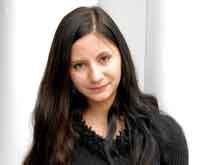 Akbar says Malala's experience will only strengthen the fight. (David Gill courtesy Dickinson Magazine)We get threats about this all the time, threats of being killed, threats for being women activists. It’s normal to get threats. But seeing it actually happen, the threat actually taking reality, gives us [reason to pause]. The next time I see a threat, I will probably be more careful.

She was asking for a very, very basic thing that even our society should accept. If a young woman promoting education for girls can be shot in this way, an older woman who talks about more controversial issues, like women’s rights to political action, women’s rights to assemble, women’s rights to participate in the economy, well that could feel even more threatening.

Malala was promoting girls’ education, something you have campaigned for as well. Why is this such a serious threat to the Taliban?

Anything that empowers women to be mobilized is scary to the Taliban because of their definitions of Islam, of culture, of how the society should be led. One of the most important factors in controlling the family is the lack of women’s participation. If you have an enlightened mother at home, she’s much less likely to support you going to war or to prevent your sister from going to school. Women are viewed in our culture and everywhere to some extent as the protectors. So women’s freedom is scary for any organization that wants to keep things the way they are.