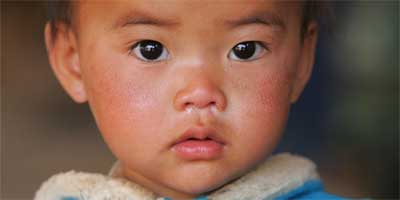 A young Karen child along the Thai-Burmese border looks to the camera. Reaching those in need has not always been easy © David Longstreath/IRIN

For decades, Myanmar’s military rulers spent less on their citizens’ health - just US$2 per capita in 2010 - than almost any other country in the world.

As a result, the country has suffered from a chronic shortage of drugs, medical supplies, equipment and nurses.

In a country where 70 percent of the 58-million-strong population lives outside of urban areas, most villages lack basic healthcare, so when people get sick they often have to walk for hours to reach pubic hospitals or clinics. In some places NGOs and monasteries try to fill the gap, but needs are far too great to be fully met.

Amid a transition from military to quasi-civilian rule, officials have announced a quadrupling of the national health budget and a programme of hospital renovation.

Most of Myanmar’s population live in rural areas, while health services are concentrated in larger towns and cities. This means the health needs of most of the population of more than 50 million are unmet, especially in areas where conflict between the government and various rebel groups or inter-communal violence still occurs.

In the last two decades, the number of maternal and child health centres has stayed the same, while rural health centreshave increased by only 95 over five years, far short of the need.  Most centres lack supplies, equipment, drugs and professional support, according to the World Health Organization (WHO).

"We are working without much [infrastructure] here. Most of the people who require immediate health services are neglected at the local centres,” said Than Min Htite, a team leader at a clinic run by Medicines Du Monde (MDM), an international medical NGO, in the country’s northern Kachin State.

Conflict has only made it harder to reach people in need, say health workers. In Kachin State ongoing fighting has displaced more than 62,000 people, with 24,000 in government-controlled areas and close to 40,000 in rebel-controlled areas. Another more than 7,000 are thought to have fled across the border into China.

Violence has warped malaria control along the country’s border with Thailand, and frustrated attempts to keep mothers and their newborns alive in eastern Myanmar, where the maternal mortality ratio is more than triple the national average of 240 per 100,000 live births.

Recent inter-communal violence in Rakhine State, in the north, has turned a bad state of health access into a “desperate” one, said Médecins Sans Frontières (MSF)-Holland. 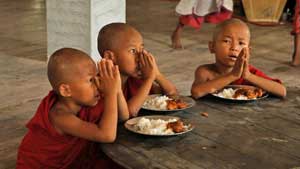 In 2011, the country had 26,435 doctors nationwide, but most (15,508) are in the private sector, where services are unaffordable to most the population.

In 2009-2010, people spent an average of US$12 per person per year on healthcare, of which only $2 came from the government, with the rest being covered by NGOs and patients.

In 2008, the government reported there were fewer than 15 health workers for every 10,000 people, short of the internationally recommended 23 needed to provide basic life-saving services.

Nilar Tin, director of the planning division in the Ministry of Health, told IRIN the government has prioritized healthcare, but lacks human resources. This means that most villages lack basic healthcare and patients often travel for hours - in some hilly regions for nearly an entire day - to reach hospitals or clinics located only in towns, and which are often dilapidated and poorly stocked.

MSF has estimated that only one-third of the estimated 120,000 people living with HIV in Myanmar, who should receive antiretrovirals in terms of WHO standards, are being treated, and said the shortage of medicine extends to other serious illnesses, including tuberculosis (TB).

Myanmar is among the 22 countries with the highest TB prevalence worldwide.

“The [economic] sanctions have hindered development, collaboration and establishing investment in the health sector,” noted the UNAIDS office in Myanmar, referring to donors withholding development dollars to protest the country’s human rights record.

The country received close to $5 per person in overseas development assistance in 2010, according to the Organization for Economic Cooperation and Development (OECD) - among the lowest worldwide, and a 28 percent drop compared to 2009.

The country’s per capita health investment of $2 is among the lowest worldwide. Despite recent increases in government health spending, WHO said ill-equipped hospitals and a shortage of life-saving drugs are still crippling care.

Without taking into account local currency devaluation or population growth over the past two decades, government spending on healthcare increased from 464.1 million kyat in 1988-89 (approximately $530,000 at the 2012 official exchange rate) to 51.7 billion kyat in 2008-09 ($59 million). The government has pledged to quadruple the 2012 health budgetin 2013.

Given the scale of need, change will be incremental, Than Min Htite told IRIN. “It is difficult to tell how long it will take… but it could take at least 10-20 years to reform… the public health services [which] are limited and nowhere organized.”