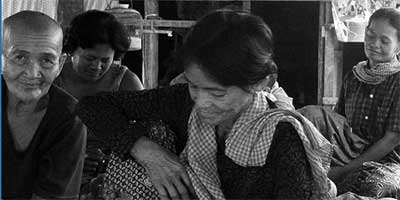 Rights groups on Monday shared their concerns about the treatment of women in Cambodia with member states of the U.N. Committee on the Elimination of Discrimination Against Women (CEDAW) in Geneva.

Cambodia last updated the committee—which meets three times a year to assess how member states are faring with implementing the principles set forth in the U.N. Convention on the Elimination of All Forms of Discrimination Against Women—in 2004.

Women’s Affairs Minister Ing Kantha Phavi will today submit Cambodia’s second-ever progress report on the subject, though rights groups aired concerns that the country was falling short of the convention.

In a report to the committee, the Cambodian Committee for Women (CAMBOW), a coalition of 35 NGOs, says that the government “has achieved little measureable progress; stagnation being the norm, with some areas seeing regression” when it comes to meeting the standards set in the convention.

The report also says that the government has failed to properly define discrimination and noted a decrease in the number of women elected to parliament in the July national election.

Rape and sex trafficking “re­main pervasive,” and “a major obstacle to fighting sex trafficking and forced prostitution in Cambodia is that it is so lucrative, and government officials and police are corrupt,” the report adds.

In addition, CAMBOW said that gender-based violence affects nearly every aspect of a woman’s life—compounded by traditional views, cultural norms and “corruption within the legal system.”

Domestic violence is “prevalent” within society and “there is little retribution for perpetrators of domestic violence, partly due to a corrupt legal system as well as a lack of awareness of the laws, particularly in rural areas.”

A memo sent to the Cambodian delegation in March asked that the committee be updated on how complaints regarding violence against female human rights defenders have been handled, whether or not they have led to investigations and what the outcome of those probes have been.

In its official response to be submitted today by Ms. Kantha Phavi, Cambodia simply refers to the draft law that created the government’s Cambodian Human Rights Committee, which it says defines how complaints can be handled, but gives no examples.

The committee also asked Cambodia to provide updates on the types of protection available to women who have suffered domestic violence, such as shelters and protection orders.

The government said the Ministry of Women’s Affairs is equipped to help, but does not provide any examples of such services being made available to women.

Despite a request for the government to explain what it is doing to help victims of gender-based or sexualized violence during the Khmer Rouge regime, the final report does not address this issue.

CNRP lawmaker Mu Sochua, a former minister of women’s affairs, said she believes glaring examples of violence against women—even carried out by state forces in public—show that the government is not doing enough.

“There have been many, many incidents of police confrontation and violence by the police against victims of land rights and workers, who are 90 percent women,” Ms. Sochua said.

“There is a major issue and I don’t know how the minister is going to justify her lack of intervention of making the government change its policy on dealing with protests.”

Still the government report submitted to the committee says the Convention on the Elimination of All Forms of Discrimination Against Women is currently being implemented “in line with the national policy of the government,” and that gender issues have been incorporated into the education system and national strategic plans for the country.

Ms. Kantha Phavi is expected to make a 30-minute address to the committee today.