India moves to protect women from sexual harassment at work 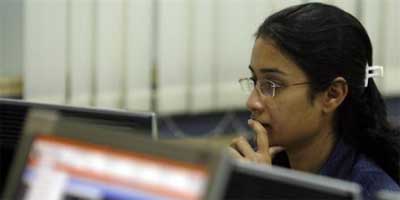 India moves to protect women from sexual harassment at work

India moved one step closer to protecting millions of its working women from sexual harassment by passing a new bill to tackle unwelcome behaviour such as sexual advances, requests for sexual favours and sexual innuendoes made at work.

"This bill will contribute to realisation of a woman's right to equality, life and liberty in working conditions everywhere," said an official from the Women and Child Development Ministry, who did not want to be named.

"The sense of security at the workplace will improve women's participation in work, resulting in their economic empowerment and inclusive growth."

Despite India's economic liberalisation which began more than two decades ago, bringing with it more progressive Western ideas of gender equality and women's empowerment, women continue to face a barrage of threats due to traditional patriarchal beliefs which see them as objects, women's rights activists say.

Newspapers on a daily basis recount stories of women being pulled off the streets and gang-raped in moving cars, molestation of women on public transport and murders of brides by their in-laws for not fulfilling dowry demands.

Crux will lie in implementation

While many women - working in offices or even in private residences as maids - complain of sexual harassment by colleagues, managers or their employers, there has been no real mechanism to deal with complaints or ensure that employers are held accountable if a women feels unsafe or harassed.

Under the bill, which also covers students in schools and colleges as well as patients in hospitals, employers and local authorities will have to set up grievance committees to investigate all complaints.

Employers who fail to comply will be punished with a fine of up to 50,000 rupees ($900). Repeated violations may lead to higher penalties and cancellation of license or registration to conduct business.

Gender experts have welcomed the move, but said that like all laws in India, implementation and enforcement of the law will be key.

"It helps to have a law and we welcome it, but the crux will lie in its implementation once it is enacted," said Zakia Soman, women's rights campaigner at ActionAid India.

"Quite often the laws, especially those aimed at protecting women in India, are reduced to a mockery."