Teenager died from ‘suffocation’ in exorcism 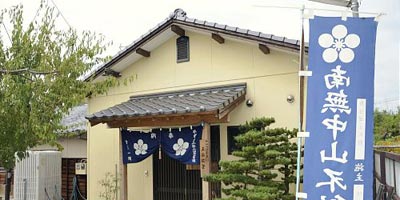 Teenager died from ‘suffocation’ in exorcism

A teenage girl thought by her father to have been possessed by an ‘evil spirit’ died from suffocation during an exorcism, it has been reported.

Tomomi Maishigi’s father and a monk performed a ‘waterfall service’ on the 13-year-old where she was bound to a chair by a belt and placed face-up underneath a water pump for five minutes at a Buddhist church in Kumamoto, south Japan.

According to the Mainichi Daily News, her father held the girl down under the falling water while the monk chanted sutras in the early hours of 27 August.

When the victim fell unconscious, they called an ambulance but she was later pronounced dead.

Kumamoto Prefectural Police said the teenager died of suffocation and that she had undergone the ritual a hundred times before.

Mr Maishigi reportedly claimed that his daughter was possessed and found the monk to perform the ritual to exorcise the demons so she could get better. But she resisted and became violent.

“Our actions were aimed at exorcising evil spirits from her and were not physical abuse," the men were quoted as telling investigators.”

Tomomi had suffered from mental and physical illness since she was a senior-grade primary school student, and had not attended school since April.

A spokesperson for the Nakayamashingoshoshu's (a sect of Buddhism) main temple in Kiyama said: “The water rite is done to bring one's wishes to reality, but of course you cannot exorcise with it. We also do not instruct to bound the arms and legs when doing the ritual.”