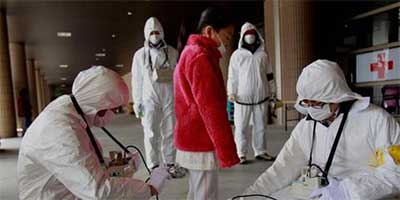 A Japanese appeals court is expected to rule soon on a lawsuit, filed on behalf of 14 children by their parents and anti-nuclear activists, demanding the right to live free of radiation.

The lawsuit argues that Koriyama, a city of 330,000, should evacuate its children to an area where radiation levels are no higher than natural background levels in the rest of Japan, or about 1 millisievert annual exposure.

In a culture that frowns upon challenging the authorities, the lawsuit highlights the rift in public opinion created by the baffling range in experts' views on the health impact of low dose radiation. Although some experts say there is no need for children to be evacuated, parents are worried about the long-term impact on their children, who are more vulnerable to radiation than adults. Consuming contaminated food and water are additional risks.

After the Fukushima accident, the world's worst since Chernobyl, Japan set an annual exposure limit of 20 millisieverts for determining whether people can live in an area or not. The average radiation for Koriyama is far below this cutoff point, but some "hot spots" around the city are above that level.

"This is the level at which there are no major effects on health and people can live there," said Keita Kawamori, an official with the Japanese Cabinet Office. "Academic experts decided this was the safe level."

A prominent medical doctor in charge of health safety in Fukushima has repeatedly urged calm, noting damage is measurable only at annual exposure of 100 millisieverts, or 100 times the normal level, and higher.

A lower court rejected the lawsuit's demands in a December 2011 decision, saying radiation had not reached the 100-millisievert cutoff. The International Commission on Radiological Protection, the academic organization on health and radiation, says risks decline with a drop exposure, but does not believe there is a cutoff below which there is no risk.

An appeal filed is still before Sendai High Court in nearby Miyagi Prefecture more than a year later.

The number of children behind the original lawsuit dwindled to 10 for the appeal, and is now down to one as families left the prefecture voluntarily or the children grew older. Legally in Japan, a city has responsibility for children only through junior high, since high school is not compulsory.

But the case serves as a precedent for other Fukushima children.

Toshio Yanagihara, one of the lawyers, criticized the government as appearing more worried about a population exodus than in saving the children.

"I don't understand why an economic power like Japan won't evacuate the children - something even the fascist government did during World War II," he said, referring to the mass evacuation of children during the 1940s to avoid air bombings. "This is child abuse."

After Chernobyl, thousands of children got thyroid cancer. Some medical experts say leukemia, heart failure and other diseases that followed may be linked to radiation.

In Fukushima, at least three cases of thyroid cancer have been diagnosed among children, although there's no evidence of a link with the nuclear disaster. There are no comparative figures on thyroid cancer in other areas of Japan.

The children in the lawsuit and their families are all anonymous, and details about them are not disclosed, to protect them from possible backlash of ostracism and bullying.

"Why is Japan, our Fukushima, about to repeat the mistakes of Chernobyl?" wrote a mother of one of the children in a statement submitted to the court. "Isn't it up to us adults to protect our children?"

The trial has attracted scant attention in the mainstream Japanese media but it has drawn support from anti-nuclear protesters, who have periodically held massive rallies.

"There is no better measure of the moral health of a society than how it treats the most vulnerable people within it, and none or more vulnerable, or more precious, than children who are the victims of unconscionable actions," Chomsky wrote in a message.

A 12-year-old, among those who filed the lawsuit but have since left the area, said she was worried.

"Even if I am careful, I may get cancer, and the baby I have may be hurt," she said in a hand-written statement.