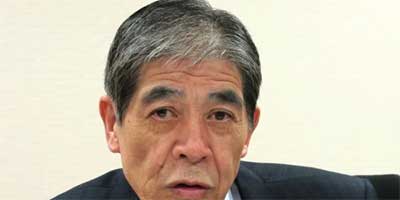 A generation ago, Dr Akira Sugenoya performed lifesaving cancer surgery on more than 100 children after the 1986 Chernobyl catastrophe. Today, as mayor of a northeastern Japanese city, he’s trying to avoid a repeat of his own history.

Beginning in April, parents living in the shadow of the Fukushima nuclear disaster will be able to send their children about 300 kilometers away to his city, Matsumoto, to go to school. The city will pay 14 million yen a year for a six-bedroom house and caretakers; parents won’t pay tuition but will cover expenses such as utilities and meals.

“If my fears turn out to be unfounded, nothing would be better news,” Sugenoya said in a recent interview with The Associated Press at Matsumoto city hall. “But if they become reality, then there is little time before it’s too late.”

Sugenoya has been critical of the government’s response to the three meltdowns at the Fukushima Daiichi nuclear plant, which exploded after the March 2011 tsunami and is still releasing radiation into the air and sea. Decommissioning will take decades, and experts disagree over how much the disaster will affect the health of area residents.

The single sickness confirmed by the International Atomic Energy Agency to have been caused by low-dose radiation from Chernobyl is thyroid cancer, which if properly treated with surgery is rarely fatal. Sugenoya, a thyroid specialist, volunteered to work in Belarus, close to the Ukraine power plant, in 1991 after hearing about thousands of cases of thyroid cancer there.

Five years later, he quit his job in Japan at a prestigious hospital and returned for another five and a half years. He has set up a donation fund for Chernobyl victims and regularly brings doctors from Belarus into Japan for training.

It’s unclear how the radiation leaks near Fukushima Daiichi compare with those from Chernobyl. Measuring exposure at the individual level involves complex calculations to account for the daily intake of food and water, and can vary greatly.

The Japanese government has detected 44 confirmed and suspected cases of thyroid cancer among 217,000 youngsters, 18 and under, checked in Fukushima Prefecture. Thyroid cancer among children is generally rare, estimated at only one in a million. The link to radiation is still inconclusive, and extensive testing of Fukushima children could account for the higher numbers.

Children are far more sensitive to radiation-caused diseases than adults because their bodies are developing, but their bodies can bounce back and heal from the damage of radiation. Sugenoya said that in areas of Belarus that are close to Chernobyl, children are periodically sent away from radiated areas.

Matsumoto, in Nagano Prefecture, has about 240,000 people, and has room in its schools because of the declining population common in rural areas. Sugenoya’s plan, called the Matsumoto Project, will be open to Fukushima students from third grade to junior high school.

Matsumoto officials have conducted meetings in Fukushima to explain the plan, and some parents have expressed interest, but it is unclear how many of them will send their children away to study.

Fukushima residents most worried about radiation are already gone. Some 150,000 people have left areas in Fukushima most ravaged by the tsunami, a third of them to other prefectures.

About 200 of them are in Matsumoto, including Hiroshi Ueki, his wife and their children, 6 and 4.

Some who remain areas surrounding the wrecked nuclear plant are torn over whether to stay.

Yuri Hasegawa, a 45-year-old Fukushima mother, is so worried she has bought a Geiger counter and has a stockpile of masks. She cooks with only food that has been tested for radiation.

She has been sending her two children, 9 and 13, to summer and winter camps in Hokkaido, Okinawa and Hiroshima. She is thinking about taking part in the Matsumoto Project. She said she faces opposition from her husband and other relatives, who scoff at her concerns as extreme.

In her backyard and other areas, “The Geiger counter starts going beep, beep, beep, beep,” she said. “The beeps are coming so fast. You know radiation is going through our bodies. It’s because it’s invisible. If we could see it, we wouldn’t be living here.”

The Japanese government says it is safe to live in areas that have not been forced to evacuate, but it also has admitted errors in responding to the radiation danger.

Shortly after the tsunami, the government could have doled out potassium iodide pills to block children’s thyroids from accumulating radioactive iodine. It had the pills, but failed to deliver them in time to be effective, and it has acknowledged that it was not properly prepared.

The government also has acknowledged that it failed to effectively use data that accurately forecast where radioactive plumes were headed. While a zone around the nuclear plant was cleared, residents beyond the zone who were in the predicted paths of the plumes were not warned.

Sugenoya, a slightly built man with a gentle smile, said his offer is intended to help concerned families play it safe.

“Radiation doesn’t hurt. It doesn’t even itch,” he said. “A terrible thing has happened, but people don’t realize it at all.”