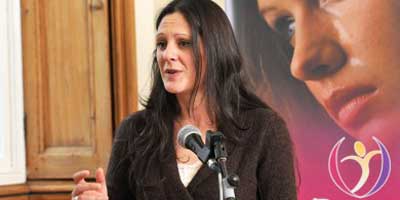 Ireland has witnessed an increase in human trafficking in more recent years, with cases of sex trafficking and prostitution occurring regularly worldwide.

Both are taboo subjects and are swept under the carpet in Ireland. But it has been brought into the light, and has now become more recognized, and as a result has aided in combating traffickers.

Eimear Clabby, of Safeworld, spoke to Sarah Benson, CEO of Ruhama, about sex trafficking and prostitution in Ireland.

Majority of Women in the Sex Trade are Young, Non-Nationals

Many migrant women are enticed into countries with the prospect of work, where sex traffickers then have complete control over their movements.  Often, these women have no passports and are illegal immigrants.  Traffickers then threaten to turn victims over to the Gardai (Irish national police), if they do not cooperate.  These women are extremely vulnerable –  often with nowhere to live, and are completely reliant on their traffickers for food, money, and clothing.

Patterns in sex trafficking and prostitution have become apparent, and those with disadvantaged social backgrounds are currently at the top of the list.  Poverty remains one of the main reasons women, both willingly and unwillingly, enter the sex trade.  Ireland is currently experiencing one of the worst financial crises the country has bore witness to.

Ultimately, the realisation that the sex trade can often be seen as a means to pay bills has become more common among women.  In response to the rise of prostitution, an air of awareness has been created worldwide.

Many organizations have become informed about the world of sex work via their work to provide support for victims of sex trafficking, the most recognized in Ireland being Ruhama.

Established in 1989, Ruhama – a Hebrew word meaning “renewed life” or “compassion”, best describes the work the organization carries out.  The model of work Ruhama embodies is that of a non-judgmental outlook, with the aim to empower women. The organisation helps women who have been victimized by sex trafficking.  It provides counseling for the women by a qualified counselor, offering the opportunity to discuss issues that are evident.

The organisation also has a street outreach programme, which consists of the circulation of a van around commonly known areas of prostitution. Such outreach work, however, is becoming increasingly challenging, as prostitution has become less obvious on the streets, and now more commonly takes place in brothels and escort services –  which can often make it more difficult to detect.  Brothels are common in larger towns and cities that are densely populated, and have a great deal of “passing trade”.

Gardai often aids in referring women to organizations such as Ruhama for help.

‘Turn Off the Red Light' Campaign

Officially, Ireland has roughly 50 cases of human trafficking annually, but this is far from the real number, as many cases are not reported to the Gardai.  Over the course of a year, Ruhama helps and supports more than 200 women.  Sarah Benson revealed, “Early twenties [age range] would probably be the most common victims of sex trafficking, but we’ve also worked with minors, and right up to women in their sixties”.

There has been much deliberation over the prosecution of sex trafficking and prostitution in recent years.  The current law prosecutes the seller of sex, and the not the buyer.  Petitions have been put forward to encourage the Department of Justice and Law Reform to think rationally about the law in its current state, and to adjust it accordingly to criminalize the purchasing of sex, rather than the selling of it.

“Turn Off the Red Light” is a campaign that was set up in order to create awareness of sex trafficking and prostitution, and aid in stopping it along with petitioning for the current law to be reformed, similar to that of Sweden.

Ruhama is a core member of the “Turn off the red light” campaign.  The organisation is passionate about the work they carry out, and devote their time accordingly to provide trafficked women with a fresh start. There are many long term effects on those who have been involved in the sex trade for some time, such as post traumatic stress disorder and poor mental health.

Ruhama aims to improve victims' mental health and in doing so, the organisation provides a one-to-one case worker, who not only provides emotional support, but aids in accessing accommodation, social welfare benefits, and professional career guidance counseling.

When asked about the health status of the women Ruhama has helped, Sarah replied, “physically these women are debilitated, often malnourished, and overall –  in bad health”.  Drug use among prostitutes is not unheard of, and drugs are sometimes used as a means of coping, but generally “pimps” prefer if these women are alert, and of sound mind for their clients.

The Lord Mayor of Dublin Naoise O’Muirí (left) welcomed by Denise Charlton CEO ICI (right) and Salome Mbugua CEO AkiDwa at the jointly hosted seminar Migrant Women Need Choices Not Exploitation seminar, 28/06/12, as part of the TORL campaign. Photo: TORL CampaignMany efforts have been adapted, in order to combat sex trafficking and prostitution.  No doubt as a nation, Ireland is more aware of prostitution and sex trafficking, and hoping to change the current law on prostitution, but also through its membership of the European G6 initiative against trafficking in humans by criminals.

The UK, Italy, Spain, Netherlands, and Poland, are also members and collectively –  as part of the G6 initiative, their aim is to raise awareness, victim protection, and law enforcement activity.

Sex trafficking and prostitution will always remain difficult to track down and bring to an overall stop.  The more aware Ireland becomes as a nation, the more likely it is to combat the problem.

So far, Ireland has taken a step in the right direction, and eventually laws are likely to change, making it more hazardous for the purchaser of sexual services.  With continued support, organisations such as Ruhama and campaigns such as “Turn off the Red Light”, can make a difference, potentially aiding in stopping the practice of sex trafficking and prostitution.

Eimear Clabby is a Safeworld Student Writer. She has just completed a BA in Contemporary Culture and Society and has applied for an MA in journalism.

"I have a passion for journalism...

Veronica Guerin remains one of the most influential crime reporters in Ireland.

Veronica, even after her death, is my icon. She fought for what she believed was right, and she wrote about it to express her concern to society.  She sums up what true journalism stands for: passion, fierceness, and determination.

I want to become a leading female crime reporter in Ireland and stand out from the male crowd.  Crime journalism in Ireland lacks a female component, a position I wish to fill most graciously.  In tribute to Veronica’s memory, never ask a man to do a woman’s job."