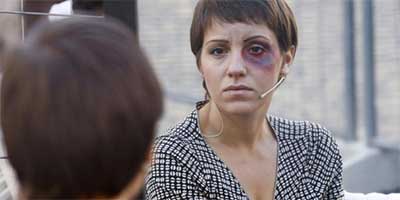 The Italian government declared a "total war" on gender violence on Monday as Prime Minister Enrico Letta wore a red ribbon to mark International Day for the Elimination of Violence against Women, Italian media reported.

Letta said much had been done over the past seven months to combat violence against women and that this was a pivotal time for Italy.

"If we can implement legislation on violence against women then our country can truly change," he told a press conference at his residence. "Now we need to make a step forward in terms of (changing) the culture and (people's) attitudes. It will be war on femicide, from our government a global commitment,” he added.

The Italian Senate in October passed a long-awaited law on domestic violence that toughens penalties for perpetrators and increases protection for victims. Legislators say the law will also provide long-term support to women’s shelters and centres tackling violence.

In a show of public support for the organisations and campaigns across the country working to eradicate violence against women, Italian President Giorgio Napolitano awarded Lucia Annibali - a young lawyer from Pesaro who was the victim of a shocking acid attack earlier this year - one of the state's top commendations: the Knight of the Order of Merit of the Italian Republic.

Annibali, who will undergo surgery on Tuesday for the ninth time since two men hired by her ex-boyfriend threw acid at her last April, was chosen for the “courage, determination and dignity with which she reacted to the vile aggression she was victim of," the presidency said in a statement.

Annibali told national daily Corriere della Sera that she would fight back against the perpetrators of gender violence: "This is how I get back at those who wanted to nullify me: I am here, I'm stronger and more determined than ever," she said.

Every year more than 100 Italian women are killed as the result of gender-based violence, women's groups say.