What's behind the wave of acid attacks in Italy 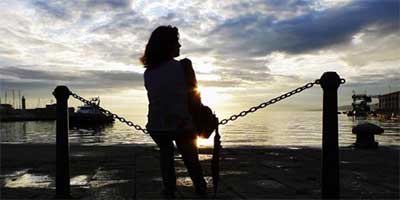 Last week, yet another acid attack – the seventh reported by the media this year – made the newspaper headlines in Italy.

A 35-year-old woman was attacked by her husband in their apartment on the outskirts of Rome. The woman may lose an eye.

The attacker, a 50-year-old originally from Bengal, accidentally dropped acid on his 13-year-old daughter as the girl tried to stop her father from hurting her mother, the media said.

All three were taken to a local hospital and the man subsequently was arrested.

Acid attacks are a worldwide phenomenon and they’re not attributable to a particular race, religion or geographical location, according to the Acid Survivors Trust International (ASTI). They happen everywhere – from India to Iran and from the UK to Sub-Saharan Africa.

However, acid attacks are sometimes linked to honour killings – murders committed to restore the honour of a family broken by what the family deems to be shameful acts committed by one or more family members – and we often hear about these crimes happening in south Asian countries such as India and Pakistan.

Bangladesh, Cambodia and India have some of the highest recorded levels of acid violence, a 2011 study by the Avon Foundation for Women said. When immigrant communities resettle in host countries, it seems they often take their traditional practices with them.

Manuela Ulivi, a lawyer and the president of Casa delle Donne, a women's centre in Milan, said in a phone interview that she frequently works with women from different countries and cultures and that, in many cases, migrant communities “import” cultural practices to their host country.

ASTI research indicates that in some countries, acid attacks are specifically targeting women and represent a “hidden form of violence against women”. A BBC article, published in August after two British women suffered an acid attack while in Tanzania, said that experts believe women and girls to be the victims in 75-80 percent of cases.

In Italy, it looks like a combination of all these factors may be behind these horrific crimes.

An article in the Daily Beast earlier this year suggested that acid attacks are on the rise in the country. That’s pretty hard to determine, firstly given the lack of specific data and, secondly, because such episodes may have happened in the past but not been reported to the police or in the press.

“I’ve been hearing stories of women disfigured by acid since I was a kid,” Eugenio Rossi, a criminologist at the University of Milan, Bicocca, told me by phone from Milan.

“I think even here we have sort of a history ... of crimes of passion,” he said. “I think it has to do with punishing someone for the pain they’ve caused by taking away their beauty.”

Rossi sees such episodes as part of a love/hate dynamic and linked to jealousy, quite a different connotation than the one attributed to honour crimes in, for example, southern Asia.

Women tend to be the prime victims of these crimes, he says.

However, many of the victims of recent attacks were men, and they were harmed for the same reason that women were targeted – to be disfigured and deprived of something irreplaceable: their faces, their bodies.

One woman near Rome ordered an acid attack on her boyfriend to punish him for the end of their relationship, the media reported in April. Another woman permanently disfigured her partner in a small town near Brescia, northern Italy, in retaliation for his refusal to recognise their unborn son.

Italy certainly has a problem of violence against women. In November, the director of the maternity ward at the Mangiagalli hospital in Milan said she had seen a 53 percent rise in cases of sexual and domestic violence in 2011-2012. This is in the Milan area alone and it’s quite shocking.

In recent years, the government and, most notably, women’s centres and civil society groups have done some amazing work to raise awareness about the issue, with some very good results.

Not directly linked to gender-based violence

However, I don't think we can link the recent cases of acid attacks directly to gender-based violence. Some of them for sure, but not all.

“I think this is simply a crime and that in the end you don’t look at whether the victim is a man or a woman,” Ulivi said.

“There’s clearly an aspect which is attributable to gender violence ... but here we’re dealing with criminal activity pure and simple.”

Criminologist Vincenzo Mastronardi painted yet another scenario in an interview with national daily Corriere della Sera: emulation. He argues that extensive media coverage of cases of acid attacks may have triggered others to copy the behaviour.

Something similar happened in Italy before when groups of youths took to throwing rocks from highway overpasses, severely injuring and even killing drivers and passengers. The first episodes triggered a sort of chain reaction with sporadic cases being reported to this day.

“Without demonising the media ... we need to strengthen our society, we can’t close our eyes (to these crimes),” Mastronardi said.