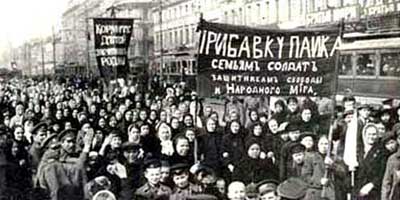 By Maria Stambler, Russia Correspondent for Safe World. May 2013.

Recently Human Rights Watch published “Laws of Attrition”, a damning report of the current human rights situation in Russia. In the 78-page report, the human rights watchdog details some changes that have been happening in the country in the past year after President Putin’s return to power.

In a brief summary, these include the introduction of a series of restrictive laws on freedom of assembly, a nationwide campaign of invasive inspections into NGOs and the escalating attack on free expression in the form of imprisonment and intimidation of political activists. The HRW report seeks to analyze these laws and document the way they have been used. Much attention is given to the “foreign agent” law, the treason law and the assembly law as well as the libel law and restrictions on freedom of expression and assembly.

Needless to say, these laws are signaling a return to the Stone Age for human rights in Russia, for all members of society. However, not enough attention is given to the changes this will bring to women’s rights.

Lyudmilla Alexeeva, the head of the human rights organization Moscow Helsinki Group and a veteran campaigner for human rights, said that women’s rights are neglected in the government and business sectors.

“The situation with women’s rights, as well as other human rights, is not so great in Russia. Women’s rights are not respected. It’s only talk that women in Russia have the same rights as men. Constitutionally yes, they are equal, but statistics speak for themselves: women perform low-paid jobs such as teachers, doctors, etc. The higher the position, the smaller the percentage of women in these roles. Discrimination in the business sector is staggering,” Alexeeva explained.

Domestic violence, sexual assault, sexual harassment and human trafficking persist as serious problems in contemporary Russia. The Anna Centre, a Russian NGO, points to the absence of federal legislation on domestic violence as a crucial barrier to solving the problem. Women in the volatile Caucuses region, which is seeing a radical Islamic insurgency, are especially prone to violence and infringement of their rights.

In November 2012 a new law came into power that requires that all NGOs receiving overseas funding must register as “foreign agents”.

"I would like to mention the numbers once again. Within four months after the relevant law has been enacted in Russia, there has been - and I want to draw your attention - 28.3 billion rubles transferred into the accounts of NGOs from abroad. This is almost $1 billion. Just within four months. It cannot leave us indifferent. Our people are entitled to know where this money comes from and what for," President Putin said, justifying the new law.

But apart from additional administrative burdens for the NGOs, this law will likely lead to negative perceptions of their activities because “foreign agent” has a negative connotation in the Russian language. Amnesty International believes this law will “stifle civil society development in Russia and is likely to be used to silence critical voices”.

This will likely further exacerbate Russia’s less than satisfactory women’s rights record because organizations that want to raise awareness about pertinent issues, conduct advocacy work and slowly improve the situation will see their work hindered and perhaps even reversed.

Prominent NGOs that can have an impact on public opinion and tackle women’s rights issues, such as Moscow Helsinki Group are no longer accepting foreign funding, in order to avoid being labeled a foreign agent, which will likely have a serious impact on their campaign work and slow down progress towards change. Others plan to contest the law as unconstitutional, which means that some energy and resources will be dedicated to that and not towards the issues that need desperate attention.

U.S. Agency for International Development (USAID), another prominent body for supporting Russia’s struggle for better women’s and human rights, was ordered to cease its operations altogether in Russia in October because Moscow accused it of seeking to influence elections.

The treason and libel laws

In November 2012, a law expanding the definition of treason came into force. The government’s justification for it was to help prevent foreign governments using organizations in Russia to gather secrets. This law broadened the legal definition of treason and this could potentially criminalize human rights and political activism because Russians representing international organizations and working for foreign bodies can face charges.

In the same month, certain types of libel returned to the Criminal Code (it was de-criminalized only seven months earlier by ex-President Medvedev), and anyone convicted can face very heavy fines – a serious blow to freedom of expression by any standard. It includes a special article on “libel against judges, jurors, prosecutors, and law enforcement officials,” punishable by a fine of up to 2 million rubles, which will suffocate smaller media outlets and increase self-censorship.

Government opponents fear that these laws will be used to silence dissent and criticism, are a reminder of the Soviet past and will endanger anyone who associates with foreigners. Moreover, foreign influence will be reduced and in the past this has been a major force in improving Russia’s women’s rights record.

Women will be afraid to speak out about the violation of their rights, especially where any wrongdoing by law enforcement and government officials and federal courts is concerned. Independent journalists and women’s rights activists will be forced to keep silent about important issues and this will certainly affect any hopes of future progress, especially in the sphere of equality at the workplace and in government bodies.

Impunity for past attacks on journalists and human rights activists exacerbates this problem, too.

Freedom of expression and assembly

Following the disputed parliamentary elections in December 2011, mass protests and dissent took on new forms and a new magnitude in Russia: citizens could assemble freely. There were even hints of a shift towards greater openness through proposed political reform. Laws were passed that would facilitate and liberalize the registering of political parties. However, these glimmers of hope were not long-lived.

“The March of Millions” on June 12th 2012, marked the reversal of this trend after the peaceful protest on Putin’s inauguration day for his third term ended in clashes with the police. In the following months nineteen activists were detained in connection with the clashes and were accused of inciting violence.

In June 2012, new restrictive rules were imposed on conducting public protests, with exceptionally high fines (up to $32,000) for those who break them.

By the end of the year, a marked deterioration was very noticeable, characterized by tightening control of civil society, restricting political opposition and marginalizing minority groups.

These restrictions, together with the ones mentioned above, will inflict severe damage on the fragile state of Russian civil society and reverse the work that has been done to help and support the weaker and less represented parts of society, like women.

Two of the three convicted members of Pussy Riot, Nadezhda Tolokonnikova and Maria Alyohina, are still in prison, with no access to their children.

"The fact that Nadia and Masha are imprisoned even though they have children is also a certain kind of intimidation. After that, who would want to engage in [protests] if they have children? This is cruelty on purpose, cruelty for propaganda purposes. This is very unpleasant and we need to fight it somehow,” Ekaterina Samutsevich recently told Amnesty International.

Mothers who want to take a stand against the injustices they see perpetrated against women and other members of society will need to make a very difficult decision between their duty as mothers and their civil duties, which, quite possibly, is the biggest violation of women’s rights in Russia as a result of these new laws.