Drawing the Line - Child Abuse, Grooming, and Age of Consent 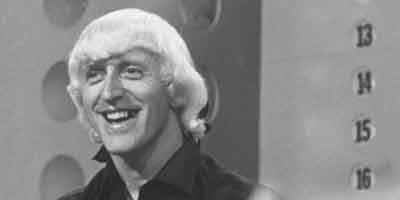 Over the past weeks, there have been a series of allegations made against the now late Sir Jimmy Savile OBE. These accusations include the sexual abuse of as many as two-hundred potential victims who, at the time, would have been well below the age of consent. The youngest is believed to have been just 9 years old when he was assaulted by Savile on the set of the popular UK television show, ‘Jim’ll Fix It’.

With so many victims, police investigating the case have reported having over 340 lines of enquiry to follow-up relating to Savile, who has now become part of an official criminal inquiry, and revealed as a serial sex offender. Savile’s crimes have led to a plethora of other debates and accusations coming out of the woodwork. Some have accused the BBC of a cover-up, and as a result, there have been calls for a public inquiry into his actions. Other television personalities have also been accused of having paedophilic tendencies.

However, one debate which has also been stirred up by this scandal is that surrounding the nature of consent, both in cases such as Savile’s and in the wider world - to what extent can any kind of illicit relationship with someone under 16 ever be consensual?

There are certainly discrepancies between different countries’ policies relating to the age of consent. In Holland, the age being as low as 12, whilst elsewhere the age is set as high as 21 - well into adulthood. In the UK, as with a large number of other countries, the age of consent is 16. In the past, calls for the age to be lowered have led to uproar. In 2009, law professor John Spencer called for the age to be reduced in the UK, as he believed the current system ‘criminalised half the population’. MPs (Member of Parliament) at the time described the suggestion of lowering the age of consent as ‘ludicrous’.

It is important for adults to realise that the age of consent has been fixed at this age [16] for a reason; it is not an arbitrary number but is instead the result of considerations of the vulnerability of individuals at this age, and whether or not any form of sexualised relationship below 16 can be considered truly consensual.

One of the most crucial issues here, is whether or not, at the age of 16, individuals can have a full enough understanding of love and physicality to make an informed decision. The age of consent laws make up part of the British Criminal Law system, a system solely charged with ensuring the most vulnerable in society are protected. This is the aim of the age of consent law and why it has been fixed at the age it has. Below this age, girls and boys are arguably too emotionally and physically vulnerable to truly consent to a sexual relationship, even if they appear accepting.

Teenage Love or Victim of Grooming?

This is a point that is often not understood by older men involved in relations with younger women. One example would be the recent case of teacher Jeremy Forrest who absconded to France with a fifteen year old pupil. Although the girl involved, Megan Stammers, appeared to be in control of her faculties had described being in love with Forrest, it is unclear whether these were her true feelings or the result of 'grooming' and infatuation.

Savile’s crimes have also revealed a distressing undercurrent of abuse within the world of popular culture and celebrity, throughout the period of his television hay-day. Song lyrics from the period highlight extremely effectively the complete lack of understanding from show business personalities for the vulnerability of girls below the age of consent.

Take as an example, Union Gap’s song - 'Young Girl', with the lyrics:

“Beneath your perfume and the make-up, you’re just a baby in disguise, and though you know it’s wrong to be with me, that come on look is in your eyes”.

This song’s lyrics openly acknowledge the issue of the apparent consent of girls, but doesn’t really propose anything wrong with it or present any kind of warning.

“I can see that you’re 15 years old. No I don’t want your ID, and I can see you’re so far from home, don’t look so scared, its no hanging matter, it’s no capitol crime”.

In this song, The Rolling Stones trivialise the idea of what is a quintessentially sexual abuse and the manipulation of the vulnerable.

The Scorpions also released their album ‘Virgin Killer’, the cover for which featured a naked prepubescent girl; these are but a few examples.

This is not to suggest that in the 60s and 70s crimes such as this were viewed as common place or in anyway acceptable, but it does show that many men do not understand the nature of relationships below the age of consent.

Things are improving, increased public awareness of these issues is helping to reduce incident rates, and this along with improvements to legislation to protect young people from sexual abuse should have an impact and help insure these kinds of crimes are significantly reduced. In 2003, the Sexual Offences Act was introduced, this extended offences to include both grooming and the abuse of positions of trust, making it easier to prosecute offenders. Reform is also planned for the 1997 Sex Offenders Act, which would increase the monitoring and registration requirements for sex offenders.

Despite improvements to legislation, young people are still being abused and a full understanding of the illegitimacy of these relationships is still not acknowledged by many. Further education and safeguards are clearly needed to make sure it is understood that sexual relationships with someone under the age of consent are completely unacceptable, and that the young people involved are victims, despite the apparently consensual nature of the relationship.

Peter Hilton is Global Correspondent for Safeworld. He is studying history, with the aim of converting to a postgraduate law course and hopes to specialise in in Human Rights Law.