My call to call to arms after watching ‘Banaz: A Love Story’ 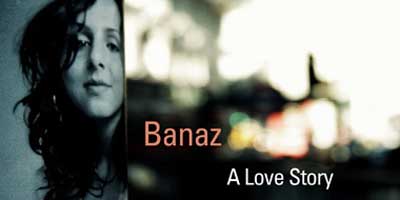 Article first published by Legal Conspiracy and reproduced here with kind permission of the author.

I recently attended a screening of Banaz: a Love Story directed by the Human Rights activist, Deeyah, and was overwhelmed by a sense of frustration and anger. We hear statistics about the numbers of young people, mainly women, experiencing ‘honour’ based violence and oppression but watching Banaz, who was murdered by her family members, gave a stark insight into the horror of what these young people are enduring on a daily basis.

Recent figures published by the Forced Marriage Unit indicate that they gave advice or support to 1485 cases involving 60 different countries across Asia, the Middle East, Africa, Europe and North America last year. Of the 744 cases where the age was known, over 600 of those involved were young people under the age of 26 and the youngest was aged 2. This is a tiny drop in the ocean of the cases that never get known to the authorities.

Banaz fought time and time again as her father sought to break her will and her spirit. This is exactly what this hate crime – because it is a hate crime – seeks to achieve. There is an intense hatred and fear of women and therefore a need to control them: their autonomy, their sexuality, their intellect, their very essence.

She was mutilated at a young age so she would derive no pleasure from sexual activity. When she turned 17, her father and uncle arranged her married to a much older man from Iraq who spoke no English and abused her sexually, physically and mentally. When asked why he raped her repeatedly, he responded, “well I only do it when she does not want to have sex.” When she left him, the men in her family forced her to return so they would retain their status within the community.

It is the very people that should be your support and provide you with love and care that put you in harms way in these cases. A form of collective madness overtakes a community and their traditions, culture and social mores provide them with the moral legitimacy for their actions.

We know what happened to Banaz – she was savagely raped and murdered by her cousins, as planned by her uncle and father. It is a cause of huge anger that like the other cases we are only too familiar with – Shafilea Ahmed, for example - no one in this community, provided protection for these young women. The silence of the community leaders in these horrific cases is deafening.

In the case of Banaz, she repeatedly sought to access help from the police and, at one point left a note with the names of the people that would kill her; tracking those individuals helped them to eventually find her body. There are no words to convey the ignorance and lack of support she received. There must be ongoing work to raise awareness to enable front line services to spot the signs of honour based violence and provide appropriate intervention and sign-posting.

We need a call to arms in this month signifying International Women’s Day. We will fail time and time again if we do not get this right.

First and foremost members within the community must take a stand – wherever and whenever it happens. Nothing justifies violence and murder.

There is also work that can be started within schools to make it clear that no one should be subjected to sexual violence. The End Violence Against Women Coalition is proposing to make Sex and Relationships Education statutory to help young people develop healthy attitudes and behaviours, as well as supporting young people experiencing abuse. Karma Nivarna has tried countless times to go into schools and raise awareness about forced marriage and honour based violence but have been met with hostility.

This will always be a problem if communities remain isolated and public services do not engage. The price for this silence is too high and cannot continue. During this month of activity to celebrate women, we must show dogged determination and be resolute to stop all forms of violence again women and girls.

Huma Munshi is a feminist, trade unionist and occasional writer. She is particularly keen to use the medium of writing to campaign and advocate for change.