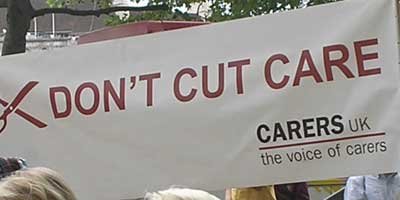 I was absolutely horrified to read that the UK Government may be underestimating the numbers of families in poverty, by up to an estimated 40%, according to academics at Edinburgh University.

According to Morag Treanor, of the university’s Centre for Research of Families and Relationships, Government ministers have failed to “effectively define” deprivation, with the University finding the UK measuring poverty in a “completely arbitrary way”.

Treanor also stated: “If the weakness of the current threshold is not addressed, then the UK government and devolved administrations will be left scratching their heads at the inevitable failure of their efforts to reduce poverty.”

It’s not the first time that ministers have been left “scratching their heads”, as I reported back in 2007; the Department of Work and Pensions found that some 2.2 million pensioners were living below the poverty line, which represented the same amount of pensioners struggling to survive, as when the Labour Party took office in 1997.

That same year, I also reported on the National Pensioners Convention, whose research discovered that around 1.5 million elderly people were malnourished or at serious risk, with pensioners also saving Britain an estimated £24 billion pounds a year by providing unpaid social and child care.

Those also being massively impacted by poverty include people providing care to Britain’s elderly and disabled people, with over five million of those being unpaid careers, while many carers in the private sector have found themselves working on zero hour contracts.

In an echo of images from the Third World, Britain also has 145.000 children, who are providing care to a sick or disabled relative, with 13,000 of these young carers, giving over 50 hours per week, which often results in neglect to school work and personal health.

With the encroaching reliance upon the private sector, the zero hour contract for paid care workers means no consistency in the provision of care but equally results with the carer working extra long hours, no paid breaks and questionable benefit entitlements.

In effect, a thirty hour working week does often result with a person coming out with the wage which is the equivalent of only half of the hours a carer spends working, as travelling time to a patient’s home is not taken into consideration.

The Government claims that it wants to end the benefit culture of dependency but what its doing is essentially creating a time bomb, where the reliance upon state subsidies is going to be greater in the long term.

In 2005, a reported 316,000 adult carers in the UK described themselves as being "permanently sick or disabled". Today in 2013, Young adult carers, aged between 16 and 18, are twice as likely to not be in education, employment, or training.

And with £5.3bn having been wiped from the economy in lost earnings, due to people who've dropped out of the workforce to take on caring responsibilities, I do wonder, who exactly is keeping their eyes on the ball?

Carers UK: 1 in 3 caring full-time for loved ones receive no practical support

Carers UK - the voice of carers