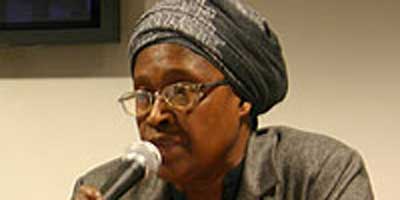 A Labour councillor launched an astonishing attack on England’s most senior legal chief on Wednesday, describing him as a member of the “white middle-class bourgeoisie” who think that “all ethnic minority people are barbaric”.

Councillor Rakhia Ismail, who represents Holloway, was speaking after Director of Public Prosections Keir Starmer told an audience at Islington Town Hall that no one had been prosecuted under a 28-year-old law banning female genital mutilation (FGM) in Britain because it was too difficult to do so.

Instead, he suggested charges of child abuse should be brought.

Britain is known as the FGM capital of Europe because of its perceived lax attitude towards the practice. By contrast, in France, there have been more than 100 prosecutions in the past 28 years.

Mr Stamer was giving a lecture to mark the 100th anniversary of the Manor Gardens Charity which, among other things, educates communities around FGM.

The practice involves cutting away part or all of the female genitalia and leaving just a small opening. Women can die from complications, and childbirth and sexual intercourse become agonising. It is accepted cultural practice in parts of Africa, Asia and the Middle East.

Between 2004 and 2009 Whittington Hospital recorded 727 referrals associated with FGM, and Islington Council estimated 2,000 girls in the borough are currently at risk of the practice.

But in response to Mr Starmer, Cllr Ismail – who experienced FGM herself while growing up in Somalia – said: FGM was “a yesterday problem”. She added: “If you talk to British girls they don’t even know what it is any more. Even if you go to Somalia it hardly happens nowadays. You are wasting time and money on yesterday’s cases.”

Evidence from Midwives 'Cannot be Ignored'

Mr Starmer said he “agreed to disagree” with her accusations.

Addressing Ms Ismail, he added: “The evidence I am hearing from midwives and in the community cannot be ignored despite what you’re saying. It is very tough to prosecute this crime, and I’m sceptical of your view because it makes it all the more difficult.

“We can debate about the extent to which FGM occurs in the UK, but I am not persuaded of your view that ‘things have moved on’.

But speaking to the Tribune yesterday, Ms Ismail defended her position: “The Home Office are spending millions on it, headteachers and social workers are being duped, and our Black Minority Ethnic communities are being duped because the statistics cannot be relied upon,” she said. “The researchers have an agenda, they are white, middle-class bourgeoisie academics.

They have no idea about the reality on the ground. They think all immigrants are barbaric with no education, and they exaggerate figures for FGM.

“They exaggerate because if they didn’t make out that more people in the UK are at risk of FGM then they wouldn’t have a job, they wouldn’t get their big salaries because the Home Office would no longer need to rely on them.

“They like to stand around at their upper-class dinner parties saying ‘Oh poor Africa, we’re helping them’.

“Keir Starmer is definitely one of the white, middle-class bourgeoisie. He sits around having these round table discussions with his experts, which is fantastic in its own way, but when does he come into the community centres or the mosques?

“Then he sits on his high horse like he knows everything about it. He should be humbled by our sisterhood; not telling us what to do and quoting statistics that aren’t true. In 25 years no one has been successfully prosecuted for FGM, so show me some real evidence.

“If you ask many UK parents about it nowadays they will laugh at you, this is a 1990s problem, it is for yesterday not today. We have far bigger problems in our community, for example our youth being brainwashed with terrorist ideas.”

During his lecture Mr Starmer praised the Manor Gardens Charity saying its work “educating [against FGM] was more important than prosecuting”, before adding that his doctor mother-in-law who lives in Dartmouth Park had volunteered there.

Asked whether medical professionals should report cases of FGM they witness during other examinations, Mr Starmer responded: “The first time some cases are picked up on are during child birth in hospitals, but if this were reported it could create a tension with people coming in for medical care.

“From a criminal point of view it would be another step along the path, but realistically it would bring us no closer to the perpetrator.”

On the subject of mandatory examination of children entering the country from places where it is practised, he said this would be at odds with civil liberties.

Mr Starmer referred to a study finding that 20,000 UK girls under 15 were at high risk of the practice, but “no prosecution has been brought in the 28 years since FGM became an offence in 1985, coincidentally the same year the CPS was founded”.

He continued: “In my view this is not due to an unwillingness by prosecutors, because no case was reviewed by the CPS until 2010, that case could not be prosecuted because there were several very different accounts of what happened.

“The real problem is victims don’t come forward, and it’s not surprising because we are talking about eight-year-old girls coming to the police themselves, giving evidence against their parents, who could then face prison, and thinking that they could be taken into care.

“We could explore trying people under alternative legislation for other offences. For example causing or allowing a child to come to serious physical harm would provide a way forward under Section Five of the Domestic Violence Act. We could explore child cruelty or neglect charges, and use civil protection orders which may not mean the parent automatically goes to prison.”

Naana Otoo-Oyortey, who is FGM charity Forward UK’s executive director and has worked in Islington, said she agreed with Mr Starmer’s approaches and was pleased he was “listening and going in the right direction to protect children”.

But she said Ms Ismail’s comments were in opposition to “data from FGM specialist clinics in the UK, Social Services’ records, statistics from abroad, individual accounts of FGM, and our observational evidence”.

She added: “I am not white, middle-class, academic or bourgeoisie, but I can tell you UK girls as young as 10 have been accessing our services.

“It’s only now that UK services are starting to dig deep and realise it is even happening in Middle Eastern communities here, so we are still in the stage of discovering things, certainly not saying it doesn’t happen although we have made progress in educating communities. Recently I had an email from an Asian woman saying it happens in some Asian communities, even I didn’t know that before.

“Ms Ismail may be in denial, or it could be she’s taking things at face value.”

She added that there were varying degrees of female circumcision. Type one involves cutting the clitoris where as type three involves removing the external genitalia as well. Those who cut less often percieve themselves to be no longer practising, she said.

The book tells the stories of the charity rooted in Islington’s local history, with all proceeds funding the charity. www.manorgardenscentre.org

Forward UK (Foundation for Women's Health Research and Development) is an African Diaspora women led UK-registered campaign and support charity dedicated to advancing and safeguarding the sexual and reproductive health and rights of African girls and women. We work in UK, Europe and Africa to help change practices and policies that affect access, dignity and wellbeing. We tackle female genital mutilation (FGM), child marriage and related rights of girls and young women.

Naana Otoo-Oyortey MBE is a social activist and women’s rights defender. Naana is passionate about building young women’s leadership and voice, and giving them access to tools to research their situation and develop their skills as change agents. Although born in Ghana and now resident in UK, she works globally to promote dignity and rights of African women and girls. She is one of the pioneers to break the silence on child marriage and helped place this human rights abuse on the international global development agenda. Naana continues to mentor young women in the Diaspora to support and end to harmful traditional practices and serves on the board of a number of charities in the UK and in Africa.

“If you look at practices like FGM, it’s women who spearhead these customs and tell their daughters not to talk about it.”  Ms Otoo-Oyortey.