Rio+20: A Sustainable, Equal, and Just Future for Women? 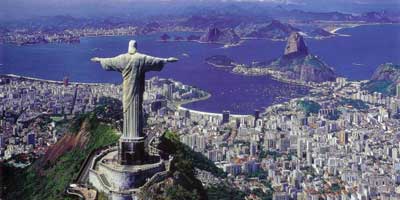 The events organisers have described the summit as an opportunity to “shape how we can reduce poverty, advance social equity and ensure environmental protection on an ever more crowded planet to get to the future we want”.

But how do the participating countries intend to achieve these aims, and what are the implications of Rio+20 for the developing world, for women and for people globally?

In essence, the summit aims to guarantee sustainable development through the establishment of an international framework for reducing poverty, and ensuring the commitment to “green economies” by the political and business leaders present. Over one hundred world leaders will be attending the summit, including French President Francois Hollande and Russian President Vladimir Putin. In addition, the summit will be attended by business leaders and representatives from the United Nations BASD (Business Action for Sustainable Development).

Rio+20 is a follow up conference from one held in the same city 20 years ago (hence the ‘+20’), as well as aiming to add to the Johannesburg conference on sustainable development in 2002. The conference will also discuss the concerning global population increase over the past 50 years, and will attempt to deal with the issues this poses, including Malthusian food and space shortages.

Across the world, women are affected by environmental issues, which often lead to long lasting detrimental effects on their chances for independence and equality, as well as on their standard of living. As the result of floods, droughts, and other natural disasters, many women who rely on agriculture for income have been left in dire situations.

A recent example can be seen in Mozambique, where water scarcity has seen rivers depleted, and previously fertile and prosperous areas become barren. Damage such as this  is having a huge impact on women. Women make up half of the world’s population and yet represent an estimated 70% of the world’s poor people. This lack of financial stability and its associated dependence on natural resources has led to climate change having a massive impact on these women.

Climate change is a gender issue. It is a theme which has not been overlooked by Rio+20. Over 70 different organisations focusing on gender equality, development, and the environment will come together to provide their recommendations to the leaders' meeting in Brazil.

But why is it that women are the most affected by natural disasters and climate change?

For starters, existing inequalities mean that women’s ability to mitigate these damages has been seriously reduced. Reliance on agriculture, limited access to education, wage inequality, and a predominant role in child rearing, are all examples of ways in which women’s chances of reacting to climate change have been worsened – a result of gendered preconceptions and circumstances.

As a more specific example, limited access to water clearly shows that women feel the impacts of environmental issues more deeply than men. Collecting water is well-documented as being almost universally a female responsibility, and increasing droughts, typhoons and lowering water tables have made this task increasingly arduous.

Attempts to ease the process of water collection in the past have also proved difficult. Water pumps aimed at reducing the travelling distance of women often fall into disrepair; it is only men (who have nothing to do with the equipment) who are trained in ensuring the pumps are well maintained. The provision of water is just one example of how climate change has been affecting women more severely than men; other examples include increased poverty, food scarcity, increased inequality, and many other issues.

These issues will hopefully be addressed at Rio+20. The conference's intention of ensuring that participating countries agree to a green agenda, and commit to sustainable development could well prove key to improving the situation held by women globally.

Some have cast doubts about the chances of success following this conference, including the French President Francois Hollande, who in a recent interview stated:

“The world is today turned towards the economic crisis, the financial crisis, and is worried about a certain number of conflicts, such as Syria", which means "one might easily turn away from what is however, the top priority – the environment".

Other commentators have claimed that the huge number of parties involved in the planning, and objectives of the conference may leave its plan of action some what diffuse. Though it is clear that the summit will not be easy, and there are many pressing international matters, it is important to consider that Rio+20 is a very important step in ensuring a global commitment to sustainable development.

But what does sustainable development necessarily entail? And why is it important to women in particular?

Sustainable development is an economic and social policy which attempts to ensure that what we are producing today, will not impede the quality of life of future generations, or damage the environment.

Examples of ways in which governments have in the past attempted to follow a policy of sustainable development include: investment in green energy, forest management, and attempts to undo the damage done by previous generations. The effects of the damage done by ourselves and past generations to the environment are being felt across the globe, but with particular focus on women.

In the Nigerian Delta, the shameless pumping for oil has led to widespread pollution, piracy, and has even been attributed to political assassinations. It is this kind of situation which sustainable development is aimed at fixing. The implications of unsustainable acquisition of resources, which has done so much damage to the Nigerian Delta, has had a large impact on the chances of women’s development and independence in this area.

Through the suggestions and guidelines developed at the Rio+20 summit, it is hoped that women in countries suffering the most from the damages of climate change, will begin to see their situation change for the better.

Though some remain disillusioned by the limited impact of previous summits akin to Rio+20, many look towards June 20th with high expectations. This meeting has the very real potential to make a lot of difference in the lives of those living in some of the most arduous conditions, and in abject poverty. The decisions made could have a real impact on the lives of women in the developing world.

Sustainable development and environment security have proved historically to be vital stepping stones, in the process to greater independence and equality.

At the very least, Rio+20 should be looked to as a means to increasing global awareness of environmental issues and paving the way for future decisions to come. In summary, this summit should at the very least, provide an impetus to begin working towards a more green economy and a sustainable future.