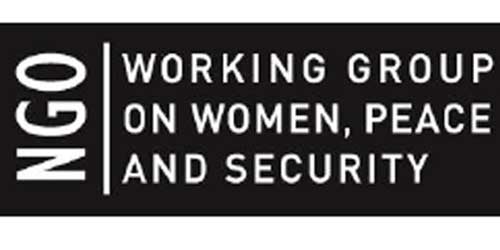 Marking the 15th anniversary of the women peace and security agenda, the letter signed by 254 organizations across 55 countries calls for Member States to provide details of the progress made in meeting political, financial and political commitments made during last year's High Level Review of Security Council resolution 1325 (2000).

Safe World for Women is pleased to be one of the many signatories.

The full list of signatories can be seen here - where you can also download a copy of the letter.

The letter is reproduced here with kind permission of the NGO Working Group on Women, Peace and Security.

Open Letter to Permanent Representatives to the UN: Recommendations on the Security Council Open Debate on Women, Peace and Security (WPS)

We write to you in advance of the Security Council Open Debate on Women, Peace and Security (WPS) urging you to provide details on the progress your country has made on meeting its political, financial and institutional commitments made at last year’s High Level Review of Security Council resolution 1325 (2000).

In 2015, three UN peace and security reviews, including the Global Study on SCR 1325 (2000), affirmed the long-made recommendations made by civil society to prioritize conflict prevention, strengthen women’s participation in all decision- making around peace and security issues, substantially scale up the implementation of the women, peace and security agenda and increase investment in women’s organizations. At last year’s High Level Review of SCR 1325 (2000) and Security Council Open Debate on WPS, a record number of Member States participated in the debate. Of the 105 statements made by Member States, 65 percent included concrete commitments or positive statements on advancing women’s meaningful participation in peace, security and political processes and 59 percent emphasized the importance of conflict prevention and women’s role within this.

In your statement to the Security Council, we urge you to include updates across your domestic and foreign policies and where relevant in your capacity as a donor and troop and police contributing country. This should include sharing details on how you are working alongside women civil society organizations to implement the WPS agenda including the provisions of SCRs 2122 (2013) and 2242 (2015). Specifically, in regards to:

Strengthening Justice, Accountability and the Rule of Law

Last October, 71 Member States co-sponsored Security Council resolution 2242 (2015) reaffirming that women’s and girl’s empowerment and gender equality are critical to conflict prevention and to broader efforts to maintain international peace and security. Co-sponsoring Security Council resolutions is a positive and symbolic step which then should be followed by UN and national-level implementation. We look forward to hearing how you are doing this.