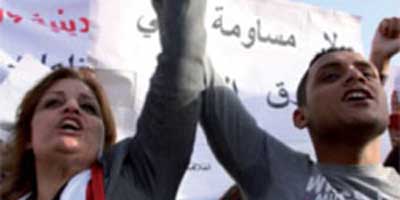 Partners in the revolution and democratic Egypt ©UN Women

Although the Egyptian parliament remains dissolved, with no indication of when new elections will be held, an all-male constitutional committee is currently sitting with the aim of drawing up a new Constitution for the country.  Last Monday saw the resignation of Manar El Shourbagi, the only remaining woman sitting on the committee.  This follows resignations by other liberal, journalist and religious groups, after allegations from certain parties that their views were not being considered.

If adopted as proposed, the current draft of the new Egyptian constitution could restrict and severely undermine the rights of women and girls.  Women and human rights organisations are particularly concerned about the inclusion of articles stipulating that the equality of the sexes in all spheres of civil, political, cultural, economic and social life cannot violate Islamic law.  For example, because of varying interpretations of Sharia or Islamic law, Articles like these could result in lowering the minimum age of marriage for girls to less than 18, as Islamic law allows for girls to be married off before puberty.

Despite there being no transparent process for review and debate of the full draft, various provisions, such as these discriminatory Articles, have leaked out.  The current draft Constitution is incompatible with the aspirations of the January 2011 revolution and Egypt’s international obligations and commitments.  Please continue to support those in Egypt who are demonstrating to ensure that women’s rights are protected and promoted under the new Constitution. Urge the Constitutional Committee to guarantee sex equality as set forth in Egypt’s previous Constitution and in the human rights instruments it has ratified, including the Convention on the Elimination of All Forms of Discrimination against Women (CEDAW) and the Convention on the Rights of the Child (CRC).

Please join Equality Now and our Egyptian partners, Alliance for Arab Women and CEWLA, by calling on the Egyptian Constitutional Committee to ensure that all provisions of the Constitution clearly protect and promote the equal rights of all Egyptians both to reflect the spirit of the revolution and in conformity with Egypt’s international obligations.

Take Action on this issue. 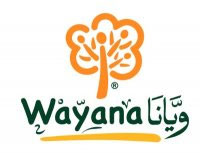