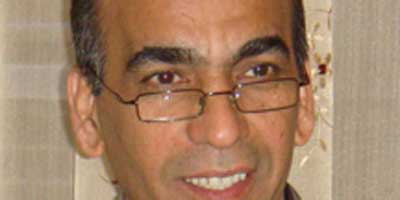 Massoud Shafiee, lawyer of the three Americans who were arrested on 31 July 2009, told the International Campaign for Human Rights in Iran that the charge of espionage, which Iranian authorities have mentioned about his clients, is unwarranted in their case. He said that his clients have not had any interrogation sessions for the past six to seven months. He also said that in view of the unfavorable health conditions of one of the three Americans, Sarah Shourd, he has suggested that the Iranian judicial authorities allow Shourd’s transfer to the Swiss Embassy until her trial date, but authorities have turned down this request.

Statements by Iranian authorities contradict Shafiee’s words about the fact that his three clients have not been interrogated for the past six to seven months. The Iranian authorities continue to claim that the case of the three Americans is still under investigation. Shafiee told the Campaign that the case no longer has the semblance of a judicial case, and it increasingly appears as a political one.

In a letter to the Tehran Prosecutor, Shafaiee has requested immediate review of the case of the three young Americans who have been arrested on charges of illegally crossing Iran’s western border. In his letter, Shafiee refers to Sarah Shourd’s deteriorating health condition, saying: “In the event of any undesirable consequences for Sarah, those in charge of the case must be accountable, as I have issued many warnings.”

“I told the authorities in charge of this case that this woman is sick and has an acute gynecological illness, asking them to at least allow her to be transferred to the the Swiss Embassy until her trial time, which of course they turned down. According to Item T of Article 3 of the General and Revolutionary Courts Trial Procedures (even though this specific article has not been observed throughout this case), the investigative judge should have reviewed the case once every four months, which he hasn’t done. The excuse he has used is what comes at the end of the same article which says ‘…if he deems necessary, he can continue the detention,’ but at the end of the article it clearly states that the suspect’s detention may not exceed the minimum prison sentence stipulated in the law for that crime,’” Shafiee told the International Campaign for Human Rights in Iran.

Reacting to statements made by some Iranian authorities who have mentioned the charge of espionage in the case of the three Americans, Shafiee said that his clients are innocent of espionage. “The charge of espionage is unwarranted…in the impossible event that my clients were guilty of the charge of espionage, the punishment for this charge is one year in prison. Therefore under no circumstances is it legal for my clients to be kept in prison. Even if it is illegal entry [into Iranian soil], they cannot keep them in prison longer than this. Whatever their charges are, those kids must be informed of them right now and either released or tried. In any event their situation must be clarified. This is what I explained in my recent communication with the Prosecutor, Mr. Dolatabadi, and I am awaiting a reply…Though I have asked for the release of all three of them, I put more emphasis on Sarah,” said Shafiee.

“I said in the letter that the three American families have employed an independent Iranian lawyer who is not a member of any party or faction, is a Muslim, and loves Iran very much, because they thought that Iran is governed by laws. They thought that the Judiciary is independent, but, unfortunately, your conduct makes them doubt all this,” said the lawyer about his letter of warning to the Tehran Prosecutor.

Shafiee said that the families of the American prisoners have drawn a comparison between the case of their children and the case of the Iranian reporter who was arrested in Italy this year. They ask how is it that the arrested individual was able to have access to his family, his lawyer, and consular services every day, “and the detention did not even last five days. When the families see this, they think that their and their children’s rights have been violated,” said Shafiee.

“I told the Prosecutor that none of the legal pre-requisites have been met for my clients. Occasionally, and based on necessities, certain non-judicial authorities opine and accuse them of espionage. This is illegal. There is absolutely no regard for the letters and statements I submit, and even the bare minimum legal requirements are not met and even if they are, nothing has the appearance of a judicial case; it all looks like it is diplomatically or politically oriented. The official in charge of the case agrees to see me every day, but he has no authority to respond to my requests! And it is either impossible to see you, Mr. Prosecutor, or I don’t want to bother you…because I am in touch with the official directly in charge of the case…the consular access is insufficient. These kids have not had any interrogations for the past six or seven months. Well, if they aren’t having any interrogations, why are you keeping them? This is not following the due judicial process,” Shafiee told the Campaign, describing his clients’ case process.

He reiterated that he told the Tehran Prosecutor that it is illegal when a lawyer is not allowed to meet with his clients. He referred to the visas issued for the families of the prisoners to travel to Iran as the only positive act the Iranian government has done in this case. “During this time, the only action which was somewhat admirable was the issuing visas for their mothers, and even that was for only one day and you wanted them to return. You weren’t even going to allow me to meet with them. I had to be so forceful in order to get to meet with the families of my clients,” said Shafiee.

Expressing dismay for the repeated warnings he has been receiving from Iranian government officials he said: “In my letter to the Tehran Prosecutor I wrote that I could pull a group of 7-8 legal experts together [to represent this case], some of whom might harm the case. But I won’t do that. I am acting honestly and speaking confidently. You keep giving me notices saying, ‘Why did you say this? Why did you do that?’”

Regarding statements about a possible exchange of the three Americans for other individuals he said: “Mr. President says we want to exchange these prisoners. I say ‘exchanging prisoners is not worthy of the high morals of the Islamic Republic of Iran.’ This statement was construed as ‘insulting to the authorities.’ Or the Minister of Intelligence says that there are documents showing my clients are spies, and I say ‘there is no evidence, if there is, present it.’ Then they think that I was insulting.”

“Because I don’t see judicial characteristics to this case, anything could happen in it,” Shafiee added in conclusion.