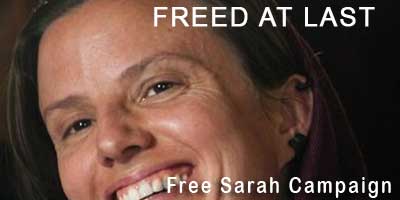 "I feel myself I have a huge debt to repay the world for what it's done for me.

My first priority is to help my fiance Shane Bauer and my friend Josh Fattal to gain their freedom because they don't deserve to be in prison any more.

Even when that's finished, I feel like my work is just begun in repaying the world for what it's done for me.

I'm extremely grateful and I realise that there are many people in prison that don't have the kind of support that I've had.

Every innocent person in prison deserves the same support that I've received but I'm very humbled.