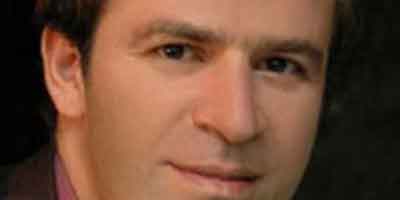 A Client’s Defense of Her Lawyer

By Hengameh Shahidi
Translation by Abu Xales for P2E

I was glad to hear that Mohammad Mostafaei left the country following the excessive pressures that the Ministry of Intelligence put on him, his wife, and his family. I was glad because he can certainly work better outside Iran to serve the rights of the oppressed. Though he was never willing to leave Iran and he loved his country, like me, he wanted o put an end to the tradition of taking hostages. He wanted to attend Evin court, as usual, and respond to the allegations, without having his family be taken hostage. He would do this even if it would lead to his imprisonment in ward 209 of Evin prison.

His defense of Sakineh Mohammadi Ashtiani, the postponing of the execution of this woman, and the international outcry around her case resulted in clumsy actions by [regime] authorities that succeeded in making Mostafaei leave the country.

I often think if in the future they are to write the history of our time what a controversial wonder it would be: “The lawyer’s spouse along with the lawyer’s client [were] both imprisoned!”

Mohammad Mostafaei is a human rights defense lawyer who is a victim of [what he is]. The day after I was released on bail, I went to his office with flowers and good words to say about him and his efforts. I wrote to him: “To a Human Rights Lawyer”. He framed the card and said, “I am humbled in front of you and those like you who have spent such long durations of time in prison, while I am honoured with no more than seven days in prison.” Mostafaei said that his pride in prison was to read the words written by people on the cell walls, wishing to know what they endured in solitary confinement.

I believe that a human being is shaped by boldness and braveness. A proud and bold person is someone who is prepared to sacrifice without hesitation of their entire life and themselves for [certain] goals and beliefs. Any time something is given up, a closer step is taken to a downfall. The extent of that downfall depends on what is given up. When I talk of giving up and compromising, I mean to give up beliefs and values. A bold person has to [endure] being pushed back nearly every time they near their aims. Feelings of anger and discomfort are then accompanied by a deeper feeling of content. A bold person does not pay or ask for bribes. A bold person does not get involved in robbery and does not deal with those who rob. A bold person does not betray friends and compatriots and does not submit to any form of power. I believe my defense attorney and I had these characteristics in common.

I write this even though I know many already know this. But I don’t know why many don’t write it or say it. Why do people not pursue the work and accomplish it? An interesting and painful fact is that those of us who want to write and those who try their best to improve are considered villainous. We have only our pens; the pens that some see as filled with poisoned ink. We only have our pens that interfere and complain.

Nobody should doubt our love for this land and our good intentions. Our writings get us in real trouble and we end up in the hands of people who can do anything they want to us. So it is we who disturb our lives with our writings and put ourselves in a difficult situation. It is we who accept to not see our children grow up; to not see their marriages and their happy lives. We give up all of this. How can we be villainous and have evil intentions? A trial condemning a human is a trial when guilt is accepted by a person’s soul. Even though allegations and evil accusations are painful, those are not things we fear [or feel guilty about].

This time [around] I and other human rights activists including Mostafaei were determined to take big steps. It is not possible to stop our cries that are aligned with thousands of others from this land [Iran] who say: “This is me. I am the future. I am asking for freedom and peace.” Nobody can stand in the way of cries that honour tomorrow, the days after, the years, and the centuries. Every mountain echoes the sound [of the cries]. Every river joins the glorious echoes of exiled voices.

Like my colleagues and me, Mostafaei stands with the children and the youth. His hopes and dreams are to work for children and human rights. Going along such a route does not exist without trouble; there is more hatred, envy, and hostility than ever before. It is not about a natural talent or something that exists within, it is about accepting and embracing destiny. We happily accepted to be obliged to follow this path. We are not really the story of our time but rather the narrators. We are sad guests of this land. We do not give up on the hope that we do not possess. We are trusted to pass on this hope to others. We wanted to be a bridge between the desert and the garden in hopes that the good passersby in the burnt field will become [part] of the green garden. And our hands will always be tied to the pillars of the garden’s door.

Backs do not bend under the weight of a cage-
that weight is lighter than a fly’s wings.

Despite justice and freedom,
and contrary to the universe,
the crime of truth is what we feel,
imprisoned.