In Solidarity With Women Human Rights Defenders of Honduras 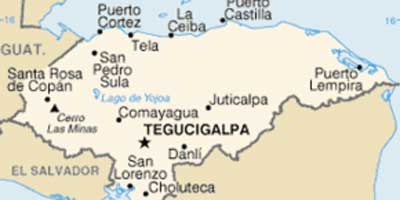 To stop the repression and violence that has been directed against Women Human Rights Defenders and communities fighting for their rights.

We denounce the situation of violence against women and the femicides that are not reported nor investigated by authorities.

We join Women Human Rights Defenders in Honduras in denouncing the grave and systemic human rights violations occurring in Honduras. Since the coup d’etat in June 2009, a climate of total impunity has pervaded Honduras, making it one of the most dangerous places in the world to practice journalism or defend human rights.

We express our support of communities fighting against the imposition of megaprojects and model cities, and denounce the forced evictions and stripping of property for the benefit of private transnational companies. We demand an end to the arbitrary exercise of power, the use of force, impunity, and the criminalization of Women Human Rights Defenders in Aguán and other regions of Honduras. These are in direct violation of the State’s obligations under international human rights treaties, particularly the Convention on the Elimination of All Forms of Discrimination against Women (CEDAW).