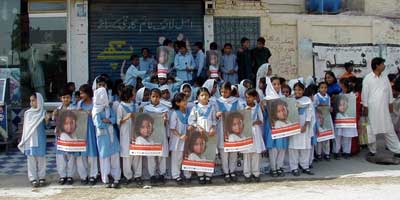 HOW WE ARE FINANCED

Sewa development Trust Sindh with financial support from UNOCHA under Emergency Response Fund-ERF provided Transitional Shelter Support and distribution of winterization NFIs in union council Jamali.
The selected UC Jamali Tehsil Shahdadkot of district Qambar Shahdadkot have been under-water and badly affected by the recent flood, according to statistics more than 28,025 people affected and...

Sewa development Trust Sindh with financial support from Aurat Foundation and USAID under Gender Equity Program implementing women land rights project in five districts of northeren Sindh province.
The women especially female headed households are the vulnerable groups; they face violence and gender discriminations at the all level. It is important to know these groups about their rights and get necessary support from the government agencies as per priority....

Sewa development Trust Sindh with financial support from Canadian High Commission under Canadian Fund for Local Initiative - CFLI - provided Agricultural Support and distribution of Vegitable Seed, Fertilizer and toolkit in union council Agra and Ripri tehsil Gambat district Khairpur.
The selected UC Agra and Ripri Tehsil Gambat of district Khairpur have been totally under-water and badly affected by the recent flood, more than 10500 people affected and 1200 house-holds damaged and 82% of the standing crops have been destroyed...

With the financial support from IOM, SDTS is involved in the monitoring and  mobilizing of 500 ORS.

We also rely on the generosity of private donors.

SDTS is working in the Sindh province of Pakistan which is located close to the Arabian Sea, and its main fresh water source is the Indus River. Due to a heavy monsoon season, Pakistan experienced the worst floods in its history, with heavy rainfall and flash floods.

Also, we provided health and hygiene support to the 1500 flood-affected, internally displaced people (IDP) through distribution of soap bars and jerry cans, and dissemination of personal hygiene awareness posters/leaflets among children and women.

If you would like to make a donation to SDTS so that we may assist flood-affected families who need shelter, medicine, food, blankets, etc., please see our Flood Relief Appeal.

The establishment of 37 Non-Formal community Schools and enhancement existing schools by providing teaching Aid and literacy material to poor and illiterate as well as dropout students of the area.

Sewa established a Vocational Training Centre for Women at Muhalla Nizamani Khairpur to built Skill & Professional Training in the women. 250 women have been trained and 30 trainees are getting training of sewing, stitching and Embroidery work on machines and Hand. Every six months new badge for training admitted for further next six months training.