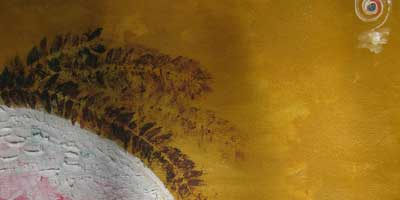 Here I go again, talking about the interpreter class that forms the academic elite in this country [Pakistan]. The ‘intellectuals’ for whom nearly all that is local, traditional or let’s say ‘desi’ is worth rubbishing merely because it does not fit in those defined Western boundaries of ‘civilized’, unless, mind it, the matter is about the exoticized version tailored for the sahib. Just like those perfect ‘gourmet samosas’ and ‘connoisseur jalebis’, all enjoyed wearing ‘dholki haute couture’. Tea party culture hidden behind Marxist theory and dialectics of how to buy vodka from the local bootlegger. Disjointed nuanced semantics of urban and rural divide that are not as feudal as they used to be just because the lord put some money in a couple of sugar mills and sent his children to study at Eton, Berkeley or Oxford.

Not to forget the sugar coated, tech-savvy babus who went to local IBAs and LUMs to get their humble degree; either because they were too mummy daddy to bear the routine of doing their own laundry, or because no international elite school found their credentials worth getting besmirched by the humble presence on campus. Do not count the odd ones out, for they are so few, you can count them on just one hand. [Also, to trample their self esteem, they are lathered in shariat terms like Qarz-e-Hasna]

It wouldn’t be a long shot if one said that it was summarised in the 19th century by Macaulay for the rest of the hullabaloos who were busy being ‘clerks’ [and continue to do so] since British Raj gave them the ‘authority’.

"We must at present do our best to form a class who may be interpreters between us and the millions whom we govern; a class of persons, Indian in blood and colour, but English in taste, in opinions, in morals, and in intellect. To that class we may leave it to refine the vernacular dialects of the country, to enrich those dialects with terms of science borrowed from the Western nomenclature, and to render them by degrees fit vehicles for conveying knowledge to the great mass of the population," Macaulay declared.

Apparently the enrichment never seized and continues to befuddle those who must be guided by the intellectuals as a shepherd guides ‘sheep’.

The intellectuals are stuck in the rut about generals, because supporting paternal elites in their opinion is better than supporting the status quo. Oh the fuzzy frenzy of semantics, prey the clerks cannot fathom the difference, if there is one, as they were never trained to distinguish the nuances of mere words.

But lest the clerks demand to send a general to a foreign hospital instead of the gallows, rest assured that the Berbers in them were never thoroughly put to rest. Though it is all right for my lord to inaugurate a humble school for the clerk, where never would he ever send his own son or daughter. The general must pay. Both for the hospital, as well as the school made for the clerk’s descendants. For who else would my lord not elite rule if there were no more clerks? Not those peasants, for the fiefdoms have them as serfs, and missing out the peasant lot comes natural to clerks and intellectuals alike, for those poor dudgeons exist merely as ballot papers.

Andaleeb Rizvi is a feminist, freethinking architect, blogger who dabbles in journalism and anything that is worth taking an interest in. She teaches at Karachi University and believes in social justice and progressive politics.

More blogs by Andaleeb on the Safe World website

Disclaimer: Views here do not necessarily reflect those of Safe World for Women or its staff.