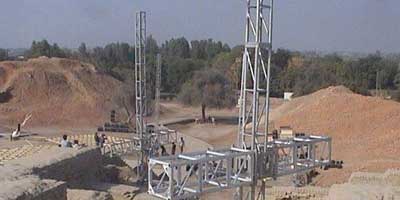 In the name of politics: Dashing the Hague Convention

The commoners’ idea that politics is a dirty business would not be too far-fetched when talking about Pakistan; instead, it is as extreme as those wearing sharia beards. An Urdu saying, ‘pait mein daarhi’ (literally: having or growing a beard in the stomach; figuratively: having a hidden beard), was written for those running so-called liberal parties. It’s a fight out here, and Pakistan People’s Party (PPP) has used the covert way to subvert Taliban, by targeting heritage at Sindh Cultural Festival. The planned fest is an unconventional example of how during armed conflicts, heritage sites might end up needing protection from overambitious politicians.

In a recent interview with Daily Times, Sharmila Farooqi credited PPP Patron-in-Chief Bilawal Bhutto Zardari (BBZ) for his idea to host Sindh Cultural Festival. Contrary to PPP’s inability to hold local government elections in a short time, arranging Sindh Festival was not much of a big deal. Using government funds, of course, not only was the PPP able to publish all sorts of advertisements accompanied by their cute little Superman logo in newspapers, they even pulled off an electronic advertisement targeting the mango people subconsciously via a well-tailored Baby Zardari as future prime minister.

Not stopping there, the PPP launched on to the big idea of bringing on centre stage the Mound of the Dead or Mohenjo Daro. However, the controversial woman leader had said that though the festival would be inaugurated at Mohenjo Daro, the ceremony had been planned at a safe distance, keeping in mind international bylaws.

Mohenjo Daro is an archaeological site in Sindh which was built around 2600 BC to house one of the largest settlements of Indus Valley Civilisation. Being among the four river valley civilisations, it is a record of not just Pakistan and India’s history and ancient heritage but the entire world. One might even argue in favour of political parties using such locations as a trump card to gain say in the pluralistic Sindh, but only if such a stage was not being set right atop the historically neglected but important UNESCO site.

What currently has been planned “on” Mohenjo Daro is nothing short of a way to eradicate the material evidence of the rich and diverse culture of this land. When we think of war and its awful consequences, the deaths of soldiers and civilians as well as alleged terrorists are a reminder of destroyed futures. But in case of attacking historical sites, it becomes about wiping out history, its memory and our collective past. Exactly what the Taliban are accused of! In these circumstances, how can one support such callous neglect and destruction of our past, present and future?

In their book ‘The Destruction of Cultural Heritage in Iraq’, Peter G Stone and Joanne Farchakh Bajjaly ask why, after millennia of human conflict, have we not become better at protecting cultural heritage and if we can get better? They attribute it to three aspects: targeted destruction to gain political advantage; ‘collateral damage’ where it is destroyed as an ‘innocent bystander’ as fighting takes place; and destruction caused by the trade in illicit antiquities. Perhaps the part about “political gain” is well suited to the current scenario, albeit there’s a difference in weapons.

Mohenjo Daro at the moment is not under threat from an armed conflict, but from the political aspirations of one of the mainstream parties, the PPP. However, the rhetoric being used by the party that ruled the country for five years during the previous democratic regime reads “heritage is under threat, and the festival will protect it from destruction”. In BBZ’s words that we have to experience as part of our daily commercial dose: “Sindh Festival will make us aware of our existence.” And what better way but to replace weapons with stakes nailing the wooden stage and tapping heels in stupor atop 5,000 years worth of history.

One might remind BBZ that even the internationally acclaimed English rock band ‘Pink Floyd’ performed to an empty, ancient, Amphitheatre of Pompeii in Italy, respecting heritage by keeping the maddening frenzy of concert attendees at bay.

Andaleeb Rizvi is a feminist, freethinking architect, blogger who dabbles in journalism and anything that is worth taking an interest in. She teaches at Karachi University and believes in social justice and progressive politics.

More blogs by Andaleeb on the Safe World website

Disclaimer: Views here do not necessarily reflect those of Safe World for Women or its staff.