Ayesha Asghar: Do We Need to Be 'Saved' by FEMEN? 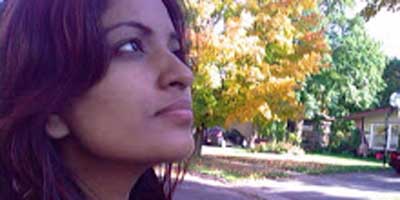 Ayesha Asghar: Do We Need to Be 'Saved' by FEMEN?

People don't live in boxes of identities; they intersect and live in a very fluid manner; they face multiple marginalization and they live multiple realities. Its honestly not surprising when people can fight religious extremism and neo-colonialism at the same time. Its a reality of numerous people which North American and European Muslims face every day.

My issues with FEMEN don't arise from their use of “nudity” as protest but their arrogance and their narcissism. They speak of “oppression” faced by “Muslim women” yet their tool for providing “liberation” is disrespecting their faith. An example, when they burnt down the flag which had “Kalima” written on it. FEMEN claims that they want to “save” Muslim woman, how can a group like FEMEN be representing a community by disrespecting parts of their faith? If their purpose is providing an alternate solution to Islam then they are making their point. But if they want to and if they intended to support women in their struggles, then it was the most disastrous move I have ever witnessed.

My issue with them is that I don't understand what is the idea of their “liberation”.

Does this idea mean that all women should go nude and that will mark their freedom? I mean do people even recognize that before having the freedom to choose what you wear or not; you need to have a freedom of movement; which is non-existent for lots of women.

Does this idea mean that women who grew up with certain ideals and values, they should be just shedding it because it doesnt concides with the values of FEMEN?

If they really value equity, why they have been seen picking and choosing what kind of body do they want for their nude protests? Does this not all add up to commodification and sexualisation of a woman's body in general?!?

Do their values evolve around invading space and hijacking voices of marginalized community or telling their members to “Go Rape Yourself”?

I am not in favor of a group of problematic women, who tell others to "GO RAPE YOURSELF", to represent me or sell that idea that they are here to "liberate" me and my sisters. The group of women who are not even equitable to the most marginzaled group within their own community [aka sex trade workers].

Lots of people have been arguing that we shouldn't be considering the history of FEMEN and we should support them in their campaign of “challenging Islamists”. I disagree; their history, their politics; their previous actions; they matter! It shows the roots of their existence and sincerity of their proposed idea.

I am not in favor of letting neo-colonial white savior complex slide because its hypocrisy is pretending to "save" Ar-aaB women! I am always amused that Arab women are always made poster child for oppression faced by Muslim women when the world's largest Muslim country by population is Indonesia!

I have been accused of "washing" the dirty laundry of the Muslim community in public and I take that with pride because I do it on principles. No one is saying that our people are saints and the religion has somehow “liberated” people. No popular religion has done that to people, at least not to the women at-large in my opinion.

My principles dont allow me to support one oppression for the other; so plz "label" me anything which helps you sleep at night.