Pakistan: Child Abuse and Abuse of Power in Sindh Province 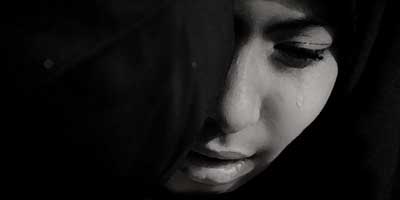 Child Abuse and Abuse of Power in Sindh Province, Pakistan

As an advocate, I have always had an extremely tedious time in writing about sexual violence perpetuated upon children.

The particular cases that I will be writing about today are alarming, as they are indicative of a systemic violence in terms of addressing reported cases of sexual assault of minors in religious minority communities of Pakistan especially in rural areas. I assume this is a systemic problem as 2 cases of minor from same district has come forward, so I am not sure if there are more incidents which havent been reported at all.

After the case of Rinkle Kumari, earlier this year, now we have new cases of Hindu minor girls who were sexually assaulted in Sindh by local leading political workers.

It is alleged that Rinkle Kumari was abducted, raped and subject to forced marriage and religious conversion by Mian Abdul Haq (aka Mian Mithoo) [MP] who is fiercely protected by the PPP [People's Political Party].

Regarding the latest incidents, we were getting conflicting reports because there are actually two rape incidents of minors from Umerkot. The first case of 'V' who is 6yrs old, the other is 14 yrs old (names withheld). Reliable sources say that both cases of sexual assault are politically connected to the leading government in the same district. I have decided not to use the name of 14yr old survivor because her family is facing a tough time due to her alleged rapists' political connection.

'V' is the 6 year-old daughter of poor labourer Munwar Meghwar Meghwar, residing in Ghulam Nabi Shah - a small town of district Umerkot, Sindh, Pakistan. She was sexually assaulted on evening of 4th December 2012. She was playing in the street in front of her house from where she was abducted. She was admitted to the civil hospital in Mirpurkhas with a number of complications and was under treatment till 11th December. After being unsatisfied with doctors' performance, they were sent to Karachi after further protests.

Her initial forensic reports were rejected by the incharge officer and they have sent her blood spotted shalwar [trouser] to Lahore Forensic Laboratory on December 24th. We were informed by the survivor's uncle that the alleged perpetrator and his henchmen are political workers of the Pakistan Muslim League (Functional) and its spiritual head - Pir Saheb Pagaro. Pir is the most powerful person of the province and has armed groups. Muhammad Mangrio also derives his political clout from his brother-in-law, the former town Nazim (Chairman) of the Borough and has very close links with the Pakistan Military.

The second case of sexual assault of a minor was reported on December 23rd in the mainstream media. The survivor’s father and other community members went to Chachro Taluka hospital for a medical checkup, but the doctors refused to carry it out without an FIR [First Information Report]. When the father asked the police to file an FIR, they also refused. “We are very poor,” the father said. “It is an injustice against our daughter. We need justice but no one is willing to cooperate.”

After verification from official sources, an FIR was finally registered after numerous protests from the family and community members. It is FIR no 61/12 u/s 354 PPC on the complaint of "Bheel" against 3 accused. “Bheel” are scheduled caste Hindus and unfortunately in rural Sindh, sexual assault of minor girls in their community is common due to their minority status. The application of innocuous section 354 Pakistan Penal Code (PPC) clearly shows mala fide (deceptive intention) as it is bailable and it would further aggravate things for the survivor.

The accused names are Aziz, Majeed & Maroof. The case is high profile, as mentioned earlier, because one of the accused involved is the local leader of PPP while the other accused belongs to powerful and influential "Rind" clan in Sindh.

After her rape & lack of any proper forensic examinations, there was an attempt to kidnap her too. The survivor is a Bheel -- not just Hindu, but a scheduled caste Hindu. The rape of children from scheduled castes is very common in Sindh.

Sindh Police are not helping the rape survivor in the Umerkot case as the SSP [senior superintendent of police] of the district is the brother of Ayaz Soomro, who is a member of PPP, and also a law minister.

The two prominent journalists of the area, Arbab Bheel of Dharti TV and Mushtaq Qamber of Daily Sindh Express, have been threatened by the alleged perpetrator, Muhammad Mangrio, over the telephone and later in person by his henchmen that if they come to his place for further reporting they would be killed.

Child sexual abuse is one of the horrendous crimes which can be inflicted upon anyone. Minority Hindus in rural Sindh have been targeted with abduction, sexual violence and forced religious conversions. It is about time the civil society of Pakistan stood up against this madness; against the ruling party of Pakistan for systemically protecting rapists.

We are appealing to the local population to provide security to both families so that they can be protected from further political persecution or police harassment in Umerkot in Sindh. We want Pakistani people to call their MPs and register their complaint with them. We want everyone outside of Pakistan to call respective Pakistani embassies and high commissions all over the world and ensure that justice is provided to both survivors of child sexual abuse.

These are not just simple cases of violence; they are also indicative of systemic violence perpetuated by the leading political party and its misuse of power. They have been misusing their powers in rural areas of Sindh and perpetuating violence on Sindhi Hindus for quiet sometime now. Its about time they were held accountable and brought to justice for protecting rapists and establishing culture of rape apologia.

Speak Out Against Child Sexual Abuse in Pakistan