Hospitals in Cameroon - Victim-blaming and worse... 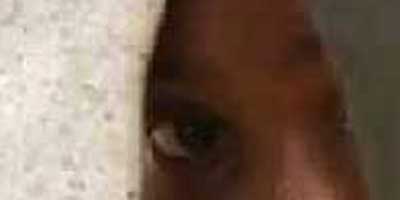 ‘I have told you for thousands of years that you, as the other, should know your place in society, because if you do not, I, Patriarchy, will ensure that your lives get destroyed!’

The end of a young life

When a 15-year-old girl went out with her friends on Christmas Day, she had no idea it was going to be the first and the last time she would ever try to enjoy life as an innocent teenager.

When she got up the next day, all her friends were gone, and she found violent cuts and bruises on her genitals. She had been drugged and violently raped, and she was deeply confused and traumatized by the experience.

This was only the beginning. As soon as her family found out, things got out of control. As if the child were not psychologically tortured enough, her family became a thorn in her flesh and mind, constantly declaring, reminding her that she had caused her rape by going out with her friends to have fun. Everybody blamed her. People will continue to blame her as they read and hear this story, as if they never passed through that stage, as if we all do not get to grow up and experience life.

She was taken to one of our regional hospitals (Buea) for first aid, prophylaxis, and a checkup, under the pressure of scolding and yelling. In her parents’ minds, the roughest punishment was needed to prevent her from getting raped again - adding insult to injury.

She was the victim and should not have been the one to be punished.

If you have been to our hospitals in Cameroon, you will know that many of our nurses and doctors are the rudest set of clowns who got into the medical profession mostly because they had no other choice, not because they love helping and saving human lives. The process of meeting a doctor is so complicated that many victims will prefer dying in silence than going to the hospital, which would require being examined and interrogated by many different health providers before finally seeing a doctor for the pregnancy, AIDS, and venereal disease checkup.

When this victim was brought back to the hospital two weeks later, she was on the verge of death. She couldn’t handle her life anymore, and she drank a poisonous substance. She could not deal with the pain of being constantly reminded that she had brought disgrace and shame to her family and herself. It was too late. Nobody could save her. She lost her life, believing that nobody cared about her.

Is there anything that could be more painful?

I have been having serious discussions about this with health care providers, who all agree we need people who are readily available to deal with cases of violence against women, both medically and legally.

There have been cases where doctors and nurses are reluctant to help poor victims who have no money or material gifts to offer. Even when scientific proof is needed from doctors to help convict perpetrators of such crimes, they refuse to put in their efforts to provide evidence for conviction.

There are definitely more of these cases, and many even worse. A 3-year-old girl was brought to the District Hospital Kumba who had been a victim of continued rape, had contracted gonorrhea and syphilis, and had bruises all around her vagina. The child was given so many injections that she would cry just seeing a nurse pass by. The doctor in charge was reluctant to provide proof against the perpetrator of the crime.

In a shocking discussion between the nurses and the doctor over the rape of the innocent child, the doctor sympathized with the rapist and insinuated it is women’s fault that young girls are being sexually molested, because they do not act as men want. The doctor boldly stated, ‘If we men chat up girls and they turn us down, what should we do? We only have to look for an innocent girl.’

Hospitals should be the safest of places and those who work there, the most trustworthy of people. However, in another shocking case it is reliably reported that an adult woman was raped by a care-giver. The woman later died. A shame on the medical field!! Who could ever think that a patient could be raped to death by a medical caregiver whose duty is to care for and protect the sick? In this case, the medic was dismissed from his position. Is his punishment enough? How does his punishment prevent other patients from being abused by him again?

We need professionals to handle such traumatizing cases; we need trained counselors and ready health care providers who are accessible to victims of such violent acts, to counsel victims as well as victims’ families. We need to make victims comfortable enough to speak out. Victims need to know that the law and society are there to protect and support them when they come forward.