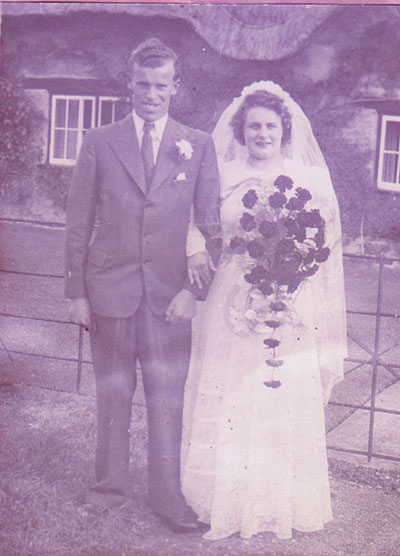 By Chris Crowstaff, founder of Safeworld

On the 21st September, 2012, my neighbour Pauline Frizzle passed away. Over the last few weeks she had been getting progressively sicker and sicker and last weekend she finally went into hospital.

The previous night, my husband Andrew and I went to visit her because we had an urgent feeling it might be the last time. We both felt afterwards we had said good-bye, but we hoped not.

We live in a small community, where everyone knows, loves and supports each other.

How we found our home in this community was one of those coincidences that you know are not really so.

The previous flat Andrew and I had been renting was changing hands, and we had to find somewhere quickly. We were living about 60 miles from here by the sea and could not imagine moving away. It was so beautiful to be able to watch and hear the waves from our window.

We had looked at several places but nothing felt right.

Andrew's mother had recently died and his elderly Dad was now living on his own, so we suddenly had the idea of looking for a house to rent near him. We searched on the internet and a beautiful little cottage popped up and we immediately arranged to visit

When we arrived, this lovely elderly lady greeted us from next door. She was so welcoming and so friendly, and so was her dog, that we both knew this was the place we wanted to live, though it was not by the sea. It was perfect; small, cosy, in the countryside and close to Andrew's dad.

So we moved in.

During those first few months, we got to know Pauline and her husband very well.

Pauline had moved down to the countryside from London with her parents, over sixty years ago, when she was 18. She had worked in London during the war and recounted to us stories, with a twinkle in her eye, of the US troops stationed nearby who she became friendly with.

Moving to the countryside was a completely new experience, both for this young cockney girl and for the local farming men-folk. Within weeks she had been swept off her feet by a local farm boy, Dave, and they were married within months. Many were the 'naughty stories' she told us about their courting days.

She and Dave had five children. They lived in poverty, in a farm labourer's house with a leaking roof. But through solid hard work and the sale of their cows, she and Dave managed to scrape the money together to buy a very small cottage with a bit of land and some outhouses, though no electricity at that time. They aquired more cows, and pigs and chickens, and their children were brought up happily in the tiny home. Pauline would help with the farming, as well as working as a home-help for the housebound - a job which was well-suited to her caring nature.

By the time we arrived to live here, there were grandchildren and great grandchildren, all living locally. Dave was invalided. He'd had a stroke 12 or so years before. He couldn't move on his own and Pauline did everything for him. There was always a constant stream of family and friends visiting everyday, and soon we felt like family too. We would go round and do little bits to help when we could, and Andrew use to wheel Dave in his wheelchair to the end of the track, so he could watch the traffic of local farmers and friends go by hooting their horns loudly.

But Dave was not a well man and we only knew him for nine months. My father was not well either. Dave and my dad died within an hour or so of each other, in different hospitals, just after Christmas - so Pauline and I were able to be of some comfort to each other over the next few weeks.

After almost sixty years of marriage, Pauline was devastated. We did as much as we could to cheer her up. She could still drive, and one of the ways she managed to overcome the grief was to develop a busy social life. She was forever going out shopping and meeting friends. Soon a deeper bond between us developed because her lovely elderly dog Zara didn't like being left alone. So we started having Zara round to stay for a few hours, and made a gate between the gardens. It all became one big house for the dog and one big family for us.

Five months after Dave and my dad passed away, Andrew and I got married. We chose the tiny local church, because it seemed the natural thing to do. Our reception was an extraordinary event. We booked the small local village hall, with Pauline's help, because she was chariperson of the committee. We invited friends of ours, some who flew in from USA especially for the event, but also Pauline and all her family. She told us afterwards the village hall had never seen anything like it before! Especially because this amazing US jazz singer, Cres O'Neal, kindly flew over to sing for us!

During this time, we had set up our organisation, which has now become Safeworld. We would often tell Pauline about what we were doing. She loved the idea of the internet and computers, and she did a course learning how to use a computer. She knew everything about us and accepted the fact that we often worked till 5am, and protected us from early visits where possible!

Over the last years, the friendship and mutual caring continued. Pauline would always ask if we needed anything from the shops, when she went out. When Zara the dog had a stroke, we nursed her together. Last year, Andrew's Dad moved into the house on the other side of us. He was immediately welcomed into the community and Pauline took him to her local lunch club every week, and her family would collect his daily newspaper from the shop for him.

Just before Pauline was taken to hospital last week, she asked us if we could take care of her dog 'while she was away'. So Zara now lives with us.
Yesterday we went to the hospital to see Pauline, for the last time. We took with us a small video of Zara running around our garden and barking. Pauline loved that.

Pauline was a lively, sociable but humble woman. She would be embarrassed that I was writing this.

She was central to the lives of very many people - an integral part of everything that happened here, and was open and welcoming to everyone.

She is one of the world's unsung heroes. Because of who she was, as much as for what she did.

She believed in the most important thing in life - bringing people together, community, and love for others.

Through Pauline I learned the true meaning of community.

It is appropriate that she chose to go today, on #PeaceDay 2012.