Women in South Sudan: Falling through the cracks 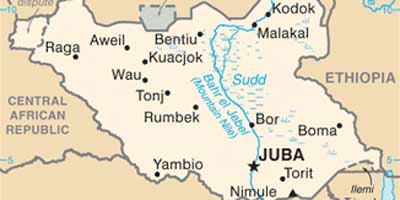 The Strategic Initiative for Women in the Horn of Africa (SIHA) Network recently released a report entitled Falling through the Cracks- reflections on customary law and the imprisonment of women in South Sudan. The exhaustive report was compiled for SIHA by Deirdre Clancy of International Refugee Rights Initiative (IRRI). I assisted in some of the researching and editing, as a lowly intern.

The report is about 110 pages long but is quite readable. It's definitely worth a look for anyone working on/interested in South Sudan, the integration of customary law systems or gender issues.

The report is extremely critical of the customary law framework. The interpretative nature of customary law leaves it open to misuse and abuse. In South Sudan, it is women who primarily suffer from such a system.

SIHA are quick to dispel any attempts of those who attempt to claim cultural relativity prohibits any criticism of customary law practises:

". . this paper focuses on the narratives of women in South Sudan who have been victimised through repression under customary law systems. Accordingly, this paper challenges the now popular notion that customary law should be empowered as a tool for conflict resolution, which without strong rule of law behind it, can become dysfunctional, leading to massive conflict within and between communities. Using customary legal frameworks without due consideration for the consequences of their application, as well as the basic capacity of traditional institutions has resulted in women being held hostage to the dowry system," (pg8).

In South Sudan "the use of customary law systems has led to the dehumanisation and detainment of women and is something that needs to be addressed with the universality of human rights in mind and with women’s contribution to the livelihoods of their families and communities being disassociated from the dowry system altogether."

The malleable nature of customary law means there were great variations from state to state in its applications. Certain states have extremely poor records in terms of providing justice for women. The report found that imprisonment is often used to coerce women, usually to change their mind about seeking a divorce.

As the constitution making process continues in South Sudan, the difficult task of codifying customary law system is underway. SIHA's report is well worth a read for its findings and recommendations on the issue.