Meltem Arikan: 'Namus, Honour, and the Slaughter of Women and Nature' 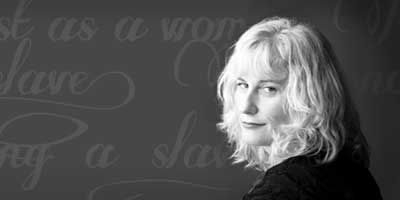 The word "Namus" originates from "Namos" in ancient Greek.

The syllable of the word "Namos" is "Nam", and this word has found its way into the English language as "Name", and into Arabic as "Nam" – meaning "the title" belonging to a person.

However, the word Namus has been literally translated to the English language and used today as "Honour" – and when there is a crime in the name of Namus, it is in fact in English being defined as Honour Killing.

The loss of Namus is identified with losing any value attached to a man's name. During ancient times, for a woman, who used to be accepted as the belonging or property of her man, to have an affair with another man and to lose her value as a woman, would be seen as the equivalent to the man to losing the value of the gold in his sack.

A woman to lose her Namus would make her dishonourable, and she would deserve to be condemned, punished, or killed.

Unfortunately, since then, nothing has quite changed. Still, woman does not have a voice on her Namus. In many countries all around the world, women, who were raped because of having low-cut clothing – walking around with revealing clothes, were being used as the reason to justify the action of the rapist.

Why is it only through the sexuality of woman that dishonourableness is being identified, but not a single man who harms nature?

If it is all about not losing the value, then do men assume that the values they have scale up when they cut trees, destroy rivers, plunder the nature?

Why don't men become dishonourable when they commit corruption, destroy nature for the sake of unearned income – cut trees with no mercy and demolish the historical background of a city?

Those who hide all types of intrigue, injustice and cowardliness behind women – isn't it time to question the Namus of the men who have the mentality of defining Namus through sexuality and the body of Woman?

You killed women, you raped little children, and because they looked at someone the wrong way or their clothes are revealing, you still continue to kill.

And you say women are our Namus; then you re-live your non-existing consciences.

You mark off the limits of women and you clean up those who cross it as if they are rubbish.

We know that the male dominant system to slaughter nature and women is nothing but an ambitious act of man to be potent; yet again you carry on fooling yourselves.

Carry on to slaughter, destroy, demolish, rape; yet the Namus you gain through women will always be enough to hide every type of dishonourableness.

And unfortunately, this fact has never changed for thousands of years.

Disclaimer: Views here are those of the author and do not necessarily reflect those of Safe World for Women.