I Implore the Wind: Where Do I Belong? 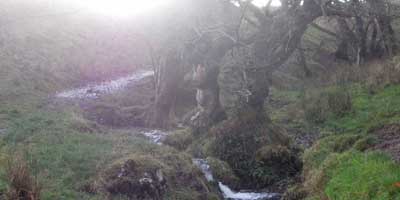 Between hundreds of years-old trees
I’m searching for my past
at top of the mountains.
Within shades of greens
asking the rivers
watering the meadows.
Speaking with lotus flowers
lying on river beds
I’m touching rocks
trying to understand what is missed.

What is it to belong?
What determines belonging?

I’m hurt inside
by the wind carrying my past

I thrust my head into the clouds
confused, unable to breathe…
while galloping on top of a horse
not knowing what I’m missing.
I don’t know

I’ve never had a feeling of belonging. Maybe it’s because I spent most of my childhood in hospitals after a car accident; maybe it’s because my mother died when I was only 7, maybe it’s because I never had my own bedroom when I was living with my grandparents. Well I’ve never felt belonging… That’s why I can adapt to any circumstance at any time. Whatever the reality, it must be accepted. That’s why I have never complained. I learned to build completeness from broken fragments. Without expectations, static, distant, living more and more introverted….

Photo: Safe World for Women ©When you can’t find your answers with words, you learn the language of Nature. The wind, mountains, rain, land… Even the trees… and then you begin to feel less lonely. From then on you’d have another language and another reality.

I had my mountains, where I reached their peaks, where I spoke with the wind, let go of myself, searched for answers. I had my trees, where each time I climbed closer to the top of them, where I felt the wind on my cheeks, where I played tag with the clouds…

And then one day you’d understand the whispers of the wind:

“Would there be borders if there were no war?
If wars weren’t sanctified,
would people be dispersed from there to there?
it is not parents, not cultures, not languages, not DNA
that determine where the children of the children go
whose parents are forced to leave their countries
to build new lives…”

Photo: Safe World for Women ©You would feel the nonexistence nurtured by men who slaughter the life given by women.

When days and nights coalesce with disasters, you’d realize that those nonexistent borders were drawn with blood… a lump in your throat… you’d be petrified…