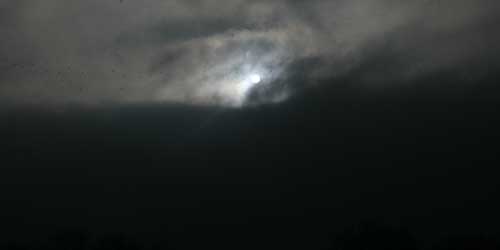 Some big big men, said to number 19 in total, had been raping a tiny little girl from when she was 8 years old. They raped her and the people in the village ignored it. The latest addition in a long line of rapes that are ignored...

While those big, big men were forcing themselves on a tiny little body and shamelessly getting satisfaction, there were those who shut their eyes and cared nothing for the little girl.

It seems that the rape of a tiny little girl by big big men is outside the scope of concepts of ‘honour’ and ‘morality’. For in no way is the honour of these big, big men affected by that little girl...

It’s no good looking for these big, big men’s morality in that tiny defenceless body...

When big, big men, with their enormous bodies, rape a defenceless child, they don’t care about anything else, and while they’re asserting their manhood on a child, the people in the village hold them in high regard, and consider them manly.

And the women who keep quiet about it and the mothers who ignore it uphold the men’s honour, the honour affirmed through this child’s body in the back streets and alleyways.

As if what these big, big men had been doing is not enough, those who provide legal cover for their actions, those big, big lawyers, who turn a blind eye rather than discussing, objectively, what happened, who emphasize the defendents’ good conduct instead of understanding how cruel the experience is for the victims, whose aim is to prove men right... and do it in all seriousness... if they could get away with it, they’d convict the little girl...

Look at that slut of a girl, raped at 8 years old by all those men! Shamelessly...shame on you! Shame on you!

Just another little girl raped by some big, big sinister men. Be they bureaucrats or traders, with or without influence, married or single, with or without children, they’re absolved and freed through lack of evidence.

While that tiny little girl has been condemned to nightmares, those big men whose crimes are unproven, who have used her tiny body so pervertedly, are now back in their cosy homes, sleeping soundly, in their nice warm beds, snuggled up to their wives...just like the lawyers, just like the people of the village, just like...

While the number of crying, screaming, tiny little fearful eyes that fail to find a place to hide increases each day, you wolfishly grinning big, big men...go to it...killing women...raping women, girls, and children. And reveal your heartless minds by saying “women represent our honour.”

How can you shatter the lives of little girls in order to vindicate big big men?

How can you stroke your child’s hair at home while tiny little girls are sold to big big men?

It’s the rapists who violate tiny little girls, but are they alone responsible for this hell?

What about the others who partake in the legal processes? The juries, the legislators...

What about the lawyers?

And how about the journalists who by reporting the raped child’s initials are convinced they’re doing their job and pulling their weight but avoid raking the disgrace up to the front page?

And the mothers and families who shut their eyes...aren’t they contributing to this barbarity?

Despite all this, all this we know,

if everyone chooses to ignore it,

if each new day,

another woman dies, another teenage girl is raped,

if each is ignored,

that for me, respecting and loving

gets more impossible with