Malala Yousafzai and the People of Swat 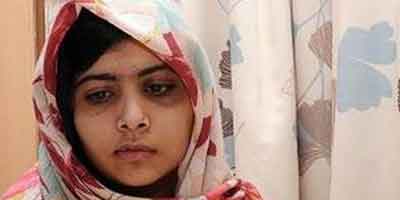 Malala Yousafzai and the People of Swat

Discussions about Malala, the phenomenal 15-year-old girl from Swat who was shot by the Taliban and who shook the world for a month or so because of the attack on her due to her activism, have begun to wane since after first few weeks of her attack.

For a month or so, the champion of girls’ right to education was celebrated, vigils were being held in her support and respect, fatwas (legal religious statements) were being issued either in her support or opposition, letters were being sent to her, get-well cards were being signed for her, funds were running in her name, and questions were being asked about the risky lives that the “the Pakistani woman” apparently leads. In other words, everyone was talking about her while she was in a coma and for some time afterwards.

But there are a couple of important topics that people have failed to address in relation to Malala. Among these are the consequences of the attack on Malala’s future and health and the attitude of the people of Swat towards Malala, her struggle, and the attack.

Malala was released from the Queen Elizabeth hospital in Birmingham, UK, on January 3, 2013, although she is scheduled to have a cranial reconstruction surgery in late January or early February. Surprisingly, there is no discussion on what this means—on what a cranial reconstruction surgery is and why it is to be performed. As someone who is not a health professional, I cannot claim to have any knowledge of what Malala is going through now and whether Malala will recover into the same lively, bright personality she once was—and always will be—but I do pray and hope for her good health back. Malala is not someone to be silenced; she is a born fighter, and she will always be one. But we want her to know that we do not expect her to continue living under threat for us and our children’s safety and rights. We appreciate her tremendously, we applaud her, and we pray for her good health back.

As for the people of Swat and how they perceive Malala: it is difficult to know with certainty what they truthfully think about her, but it can be assessed that due to the fear of the Taliban, they are either silent on their thoughts about her or feel compelled to stand against her. Immediately after the attack on Malala, there were those in Swat for whom the attack was a wake-up call, as they realized that Malala was “punished” for standing up for justice, and the “punishment” hinted at the lack of lack of respect and appreciation for justice. There were also those who believed that the attack was expected, that Malala’s father should never have supported his daughter’s fight for girls’ education in Swat. But there were those who chose to remain silent as they contemplated the incident and wondered what they should do about their own daughters’ education.

When Pakistan changed the name of “Saidu Sharif College” in Swat to “Malala Yousafzai College,” the college students protested the change, tearing down posters of Malala and boycotting classes, knowing that the change endangered their lives, as they would become a target for the Taliban. Their opposition towards the name-change can easily be interpreted as a lack of support for Malala, but the reality seems to be that the opposition was indeed out of fear of the Taliban: the Taliban clearly aim to harm Malala and unsuccessfully attempted to kill her; since they cannot reach their precise target, they will shift their gears towards those who support her—and a college named in her honor would naturally make the best and easiest target. Malala herself recognized the danger in naming a college after her and urged Pakistan to reverse its decision.

There is another point as well: the name “Malala” is no longer just a young Swati girl’s name—it is the symbol of resistance to the Taliban, to extremism, to injustice, to terrorism. While the people of Swat do not support terrorism or extremism, they are still suffering from the aftermath of the Taliban 2005-2009 rule. To stand against the powerful Taliban is a dangerous move, which is part of reason why Malala earned international support for her anti-Taliban campaign. That the Taliban were successful in harming Malala physically reminds the people of Swat that they are a powerful group—and have easy access to their targets. Her attack, then, reminds the people of Swat of the power of the Taliban, of what they are capable of doing. This is hard to imagine for those of us who are safer outside Taliban-stricken regions of the world, but it is a reality for people who know it means to disagree with a dreadfully powerful group like the Taliban.

As Malala continues to recover from a vile attack and as she undergoes surgery in a few days’ time, let us hope that the people of Swat gather the courage to challenge their oppressors and realize that the attack on Malala was in effect an attack on justice and peace, an attack on any human with a sense of right and wrong, that no daughter of ours is safe as long as Malala is not safe.