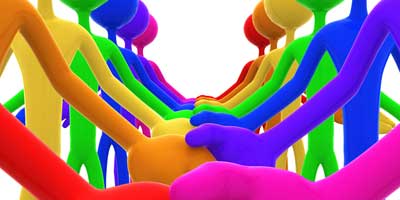 The One Billion Rising Campaign, founded by The Vagina Monologue playwright Eve Ensler, is an apparently global campaign that invites women and men, but particularly women, to make a revolutionary stand against violence against women. According to their website, “On V-Day’s 15th Anniversary, 14 February 2013, we are inviting ONE BILLION women and those who love them to WALK OUT, DANCE, RISE UP, and DEMAND an end to this violence. ONE BILLION RISING will move the earth, activating women and men across every country. V-Day wants the world to see our collective strength, our numbers, our solidarity across borders.”

But exactly how inclusive can this campaign be when it urges women to rise up and “dance” for one day in order to demand an end to violence against women? In Why I Won’t Support One Billion Rising,  Natalie Gyte writes: “The primary problem with One Billion Rising is its refusal to name the root cause of women's inequality; its outright refusal to point the finger at a patriarchal system which cultivates masculinity and which uses the control and subjugation of women's bodies as an outlet for that machoism.” This is indeed a serious flaw of the campaign, since, as Gyte adds, “seeing footage on the news of women dancing in unison will do absolutely nothing to educate or deter a perpetrator or potential perpetrator.” Besides, what exactly does “come out and dance so that you may ‘rise’ above your terrifying experience(s) of sexual abuse and other gendered violence!” actually mean?

But my concern is that it failed to include those women who, as much as they are actively fighting against gendered violence, cannot participate due to cultural and-or religious beliefs. Coming out into the public and other forms of street activism do not appeal to many women worldwide, a significant percentage of Muslim women among them. This is due primarily to traditional Muslim ideas of modesty: dancing even in private is often not looked positively upon, let alone publicly. While many Muslims still dance and enjoy it, often in private among close circles of family, friends, and relatives, dancing in public—in whatever way—is still a distasteful behavior. Understandably, the dance being referred to by the campaign is not the typical performing arts dance we might think of, but it is the use of the word “dance” that is problematic here.

Moreover, as Talia Meer points out in From Slut Walk to One Billion Rising: Losing the protest plot, “... with One Billion Rising, NOT everyone has the same privilege to drop what they are doing and walk into the street to dance. Many people on the wrong side of the race/class divide cannot leave their jobs in the middle of the day and not face penalties, financial losses or even job loss. And what about persons with disabilities? More than 60% of women with disabilities experience violence in their lifetimes. To rephrase Emma Goldman, can you still join the revolution if you cannot dance?” Indeed, can we still join the revolution if we cannot dance? Not necessarily because we might have certain disabilities that prevent us from doing so but because we do not look to dancing the same way that most westerners might, notwithstanding the fact that many non-Westerners, too, look to dancing in similar ways.

Another important point worth noting is that dancing is typically a gesture of joy and-or a stress reliever. In many parts of the world, it is only an expression of happiness; on dances in weddings and other celebrations. So what exactly are women being encouraged to dance about or to in this One Billion Rising campaign?

This is certainly not to discredit OBR’s effort to curb violence against women, and the idea behind the campaign is undoubtedly worth appreciating, since something drastic does need to happen about the universal violence against women. But considering the sort of attention it has received, it is worth noting that such approaches need to be critically addressed. Considering how temporary a solution the One Billion Rising campaign is to gender-based violence, we must recognize the need to first address the roots of the universal violence and discrimination against women, and when we attempt to work on it, we need to ensure to be as inclusive as possible in our efforts if we sincerely want to reach out to all of the victims of gender-based violence.