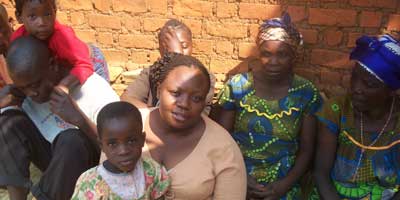 COFAPRI relies on the generosity of donors and, to date, is mostly financed its founders.

We promote human rights to the women and girls of DR Congo.

We empower women and girls to speak out and so break the stigma and tell the world the abuses they undergo in the name of culture and tradition.

COFAPRI also works for improving the Congolese females’ social development, welfare and integration through various activities. To make this effective, facts will be collected and researches conducted as to inform the world of the abuses the Congolese females endure. In this context, we aim at creating an Institute for Congolese Females Voicing their Rights, known as INCOFEVOR.

This Institute will educate not only the females about human rights but also the males because the latter are mostly the perpetrators of females’ abuses, though some females also abuse other females or sometimes females self abuse. The school will be at the service of the entire society; thus the youth and the old persons will be concerned. This Institute may extend to the Great Lakes Region as for empowering the women and girls of this area on human rights.

COFAPRI funds the purchase of livestock for its members, as well as contributing towards hospital fees and school costs.

This has included the purchase of livestock for members and the payment of hospital bills for rape survivors.