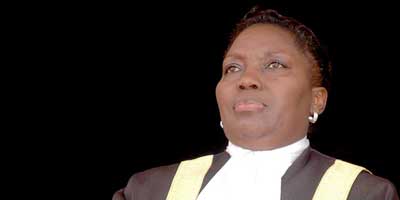 The competing militias fight for ownership of these precious and profitable minerals. To do this they do whatever it takes to drive out or control whole communities... 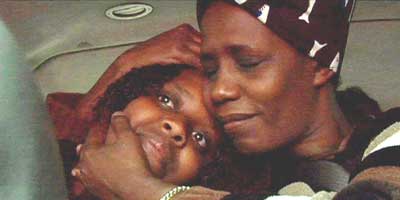 Interview with film-makers Beth Davenport and Elizabeth Mandel. The film documents the emotional reunion of Congolese mother, Rose, with her daughter Nagabire, a decade after being separated as result of the civil war. 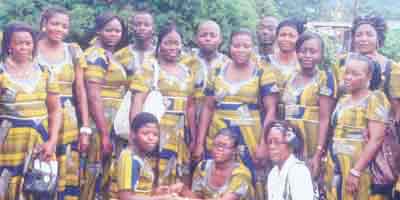 In many regions of Cameroon a woman traditionally was regarded as the property of her husband. Because of the importance attached to customs and traditions, civil laws protecting women often are not respected... 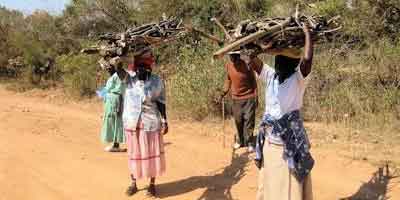 DR Congo has immense natural resources. For years though, it has been at the centre of what has been described as 'Africa's world war'. A war that has made the life of women precarious.... 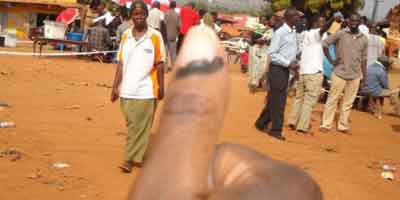 Feb 2011: By Rosebell Kagumire - "In my home village of Kibona, Bushenyi district, a vote was going for about 30,000 shillings... In some parts people were paid as low as 500 Ushs to vote for the president." 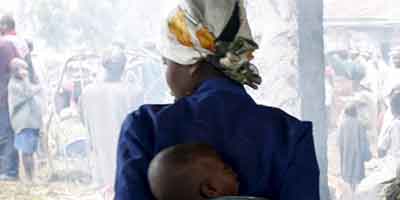 Feb 2011: A court in the Democratic Republic of Congo sentenced an army colonel to 20 years in prison, convicting him of crimes against humanity in the most prominent sexual violence case ever held in the country where thousands are brutally raped each year. 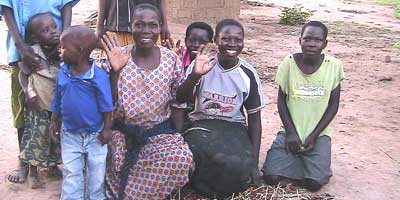 In Uganda women face a wide range of challenges including discrimination, low social status, lack of economic self sufficiency, and greater risk of HIV/AIDS infection.

More than 27 million out of a population of 32 million people live in rural Uganda, the majority of whom have not been shielded from the harsh realities of poverty.

Lack of access to water and sanitation is already exposing rural women in conflict areas to more dangers like battering, rape and poverty. But with the looming impacts expected due to climate change, these dangers are feared to double.

Due to social gender roles, women are made responsible to meet water and sanitation needs of the family. In North Eastern Uganda, like Karamoja and Teso, a woman walks an average of ten kilometers in the dry season for water, spending 15-17 hours a week looking for water. This means that the same woman will spend two months of her time a year just walking long distances in search for water. 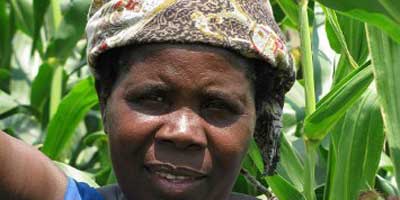 April 2011: Seated on a wooden bench at her Katoto township house in Mzuzu, Grace Mkandawire’s face reflects the traumatic experiences she has endured since her husband’s death in 1998... 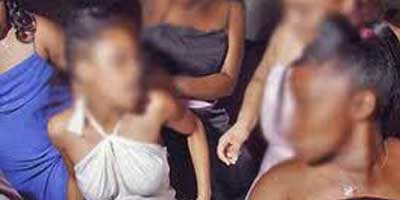 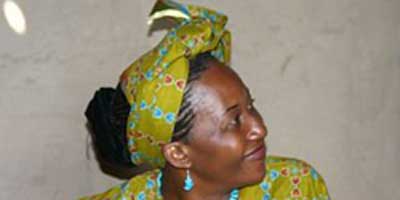 Dec 2010: Chris Crowstaff talks with Ngozi Eze of Women for Women International. "Corrupt people are not fulfilling their official responsibilities and the people who suffer most are the women and children..." 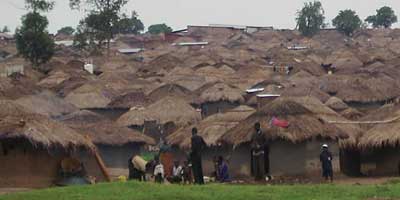 Dec 2010: By Jennifer Timmons - "In northern Uganda, many women lost the use of limbs due to landmines or gunshot wounds, were mutilated by rebels, sustained injuries in fires..." 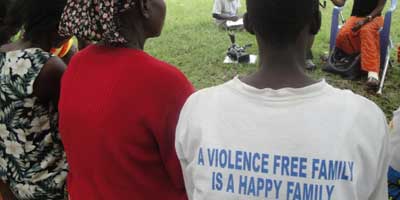 UGANDA - In July 2010, a 30 year-old woman was brutally murdered by a brother in-law in Ogan northern Uganda. Susan Adong, who had three children, was seven months pregnant...