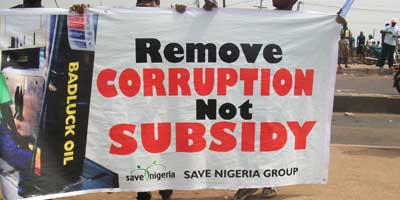 Celine OsukwuWe occupy Nigeria successfully. Every market, shop, office in Nigeria is closed. Movements are made impossible except for the protesters. I learnt that the city of Kaduna has the highest number of protesters. Kano city too, witnessed a good turn out. In Abuja, people protested but the majority people of stayed indoors.

Cities of Ibadan, Benin, Abeokuta, Yenogoa, to mention a few were completely occupied. In Ilorin, protesters were disturbed from activities probably because of the killing last Tuesday.

The number of protesters in Lagos is intimidating. Along Lagos Ibadan Expressway, army officers throw tear gas at civilians and yet they were undaunted. At mile 12, Hausas, Yorubas and other groups came out en mass, police officers were seen guiding protesters.

Police shot a civilian at Yaya Abatan in Ogba and in return, a police officer was killed. In Agege, we learnt that 4 persons playing football on the road were killed by DPO, police did this not minding warning from Lagos State government not to kill armless civilians. The DPO is said to have been arrested and detained at Panti.

Otherwise we had a peaceful protest. Police really cooperated at the course of our movement from Yaba to Gani Fawehinmi Park, Ojota. We had different groups - Bar Association, Medical Association, TUC, NLC, Union of Journalists, CDHR, Coalition of Civil Societies, Save Nigeria Group, NANS, ASUU, CLO, Joint Action Front, the list was too many to mention.'