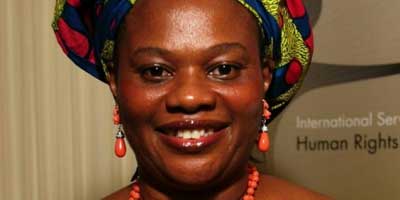 On June 7, 2014, former Director General of the National Agency for Food and Drug Administration and Control (NAFDAC) in Nigeria, Professor Dora Nkem Akunyili, died of cancer in India.

Dangers of the fake drug industry

Professor Akunyili had occupied the position of NAFDAC's director for seven years and, during that time, managed to reduce Nigeria's incidence of fake drugs by about 90%.

With a population of 170 million, Professor Akunyili has undoubtedly saved many lives in Nigeria from what she termed medical 'mass murder'.

Akunyili's own diabetic sister, Vivian, died in her mid-20s from taking fake insulin. In a 2006 speech entitled, Women Leadership in Emerging Democracy – My NAFDAC Experience, she criticised the fake drug industry, calling it “terrorism” and “mass murder”. To sell chalk in place of antibiotics, powder in place of anti-malaria drugs, or unsterilized water in place of adrenalin is clearly to sell death in return for profit.

Unsurprisingly, during her reign as the director of NAFDAC, Akunyili faced death threats against herself, her family, and her staff. Those operating the fake drug industry later took it a step further and attempted to murder her in 2003.

“The bullet went through my headscarf and passed through the windscreen of the car, leaving my hair burnt.

When the drug counterfeiters heard I might be quitting the job they started popping champagne in Onitsha market, rejoicing that this wicked woman would soon quit the scene."

"But I felt if I left the job that would be victory for the drug counterfeiters," she said.

Although she eventually left in 2008 to take up the position of Nigeria's Honourable Minister of Information and Communications, her legacy lives on remarkably not only in Nigeria's (and West Africa's) drug market, but also in the empowerment of women, particularly in Africa.

Growing up in Nigeria, I was always fearful of drinking “pure water”, water packaged into small plastic tablets and sold everywhere. For my sake, and for the sake of millions of Nigerian consumers, Akunyili worked on the sanitation of ‘pure water’ to significantly reduce outbreaks of water-bourne diseases, such as cholera and typhoid fever.

My memories of Akunyili's praise on the lips of everyday Nigerians are now faded, but my admiration for her, as a highly successful woman in politics remains strong, more so because she remained anti-corrupt in a country well-known for its corruption.

“Women should always work extra hard to be accorded their recognition and to debunk the general feeling by skeptics that some jobs could not be done by women because we are neither strong nor serious minded enough.

Women in leadership positions should first and foremost shun corruption because it engenders compromise and poor performance on the job”, Akunyili said in a speech.

Anita Ogbe*, a 48 year-old Nigerian, spoke to Safe World testifying that she, too, had many experiences taking fake medicine in Nigeria.

“There was no way to tell if drugs were fake. I had typhoid fever in 1996 and was prescribed Amoxicillin by the doctors. I bought some from a cheap chemist – all chemists were cheap then – but my typhoid only got worse.

I went back to the doctor who told me I would have to buy Amoxicillin from 'Paul and Paul', a very expensive chemist in Nigeria at the time. They were registered and well-known for selling real drugs. I almost could not afford to buy from them, but if I did not buy it I would have died.

That is the way it worked before Akunyili; if you did not have money for real medicine, you died.”

The sale of unclean 'pure water'

Anita also spoke of her husband's near-death experience with typhoid fever, again exacerbated because the chemist sold him fake drugs. This time, she also blamed water pollution in Nigeria.

“Nobody was checking the water that was being sold to us back then. It was around 1988 and there was an outbreak of typhoid fever. Many people died because the pure water companies were packaging water directly from wells without checking to make sure it was safe for consumption. The doctor told me that had we waited an hour longer before we arrived in the hospital that day, my husband would have died.”

But the most sorrowful account Anita recalls of fake medicine occurred with her neighbour's child, Buba, in 1990.

“He was a little boy – about 10. He had typhoid fever too, but instead of giving his mother typhoid medicine, the chemists were selling anti-malaria drugs to her.

Nobody cared. They were not registered professionals, yet they sold people all sorts of drugs just to make money.

Buba had to spend three weeks in hospital where all his blood and water was flushed out and replaced with new ones. But the doctors couldn’t save his left leg and he became paralysed in that leg. Now he walks with a limp.

The sad thing is that he may not have lost the use of that leg if we had physical therapy back in Nigeria at the time.”

Mrs. Ogbe had many stories to tell about her experiences with fake drugs, as well as those of family and friends. On the other hand, she had high praise for Professor Dora Akunyili and was saddened to hear of her death.

“NAFDAC became a name that struck fear in the hearts of everyone in the medicine business. She penalised so many of them and sent them to jail. So much so that they tried to bribe her and, later, kill her. I remember a lot of people dying of overdose of Valium 10 (Diazepam) because they were taking two a day.

When Dora came in, she regulated its prescription. She really tried because then everyone knew that when you paid for medicine, you were paying your money's worth: it would not be fake.”

Professor Dora Akunyili was a strong force in Nigerian politics. She was a woman who changed the lives of her countrymen for the better, carrying on the baton of previous female politicians and role models, such as Mother Theresa, Aun Sung Suu Kyi, Janet Jagan and Indira Ghandi’s.

“I strongly believe that there are many Mother Theresa's, Indira Ghandi’s, Sirimavo Bandaranaike’s and Ellen Johnson Salif’s out there waiting to change the course of history in emerging democracies if only they could be given the chance”, Akunyili asserted in 2006.

“My experience as the head of food and drug regulation in Nigeria has taught me that the sky is the limit for any woman willing to work hard and seek leadership position, no matter how male-dominated the society is.

Those people who were not favourably disposed towards me when I was first appointed have now become my biggest fans.”

Professor Dora Nkem Akunyili’s influence continues on today with the introduction of the ‘Electronic Resource System’ by mPedigree, a social enterprise based in Ghana.

Many medicines sold in Nigeria now come with small, scratch strips with a unique number or code. Before use, patients can text this unique number or code to a toll free number. If they receive a “YES”, they can be assured that it is safe for use. If they receive a “NO”, the medicine is fake, and the buyer is encouraged to alert the authorities by dialling a local number.

According to the BBC, mPedigree now operates in eight different countries, proving that Dora Akunyili has now joined the ranks of her very own history-changing role models.