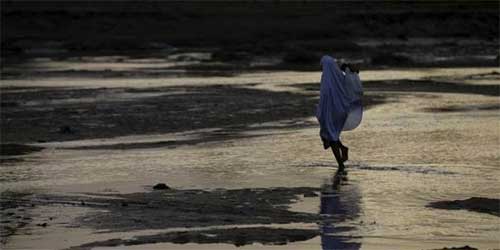 From unrequited love and cheating husbands to domestic violence and marital rape, a Nigerian agony aunt is using Instagram to encourage women to share their stories anonymously, ask for advice and even seek justice in court.

Ziya'atulhaqq Usman Tahir receives thousands of comments and likes each day on the photo-sharing app from women in Nigeria's mostly Muslim north, where publicly discussing relationship troubles or family issues outside the home is discouraged. Her Instagram page, which boasts more than 27,000 followers and features some 500 anonymous posts, in English and the local language Hausa, allows other users to offer advice and support.

"It is hard for women to speak about their problems in public, but it is time that we start opening up - we have a voice and we shouldn't bottle it up," the 27-year-old, known as Fatibolady on Instagram, said in an interview over Twitter.

Tahir started offering advice last year after a friend came to her with a relationship issue which she shared on Instagram. An "overwhelming" response and countless comments of support encouraged others to start sending their stories, she said.

Several of Tahir's followers have volunteered to be mentors to those who post their problems, while the agony aunt has also enlisted psychologists, journalists and lawyers to offer specialist advice in more complicated circumstances. Many posts on Tahir's page feature doubts and fears about boyfriends and husbands who do not have a job or enough money, and tales of those who have lied, cheated or fled.

"I've been dating this guy for almost 7 years now, he loves me dearly and would do anything to keep me. But the problem is he can't stop having affairs with women," one post reads.

But some of the contributions concern cases of domestic violence and rape, and Tahir said the anonymous nature of the page had empowered more victims to speak out and seek support. Her advisers and followers encourage victims to go to the police and pursue justice, and at least one case is in court after a woman was badly beaten by her husband, Tahir said.

Tahir, whose Instagram page declares her love of English football club Arsenal and the West African dish jollof rice, plans to start a blog and dreams of having her own talk show to reach more people, with the help of her friends and family.

"My family, especially my dad, have been very supportive. He goes through my Instagram every day and advises me on things to say and not say on social media," she said. "My friends say the phrase agony aunt cracks them up... but I personally love it."