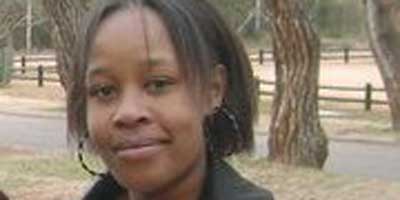 Earlier this year, news from Arizona of a homeless woman who was arrested for leaving her children in a car whilst in an interview drew quite a reaction from different parts of the world. More recently in South Carolina another woman was arrested for leaving her 9-year-old daughter alone at a park during her shift at a nearby McDonalds. Although both these occurred outside of South Africa, both cases make for an interesting entry point to a need for affordable, accessible childcare.

When my daughter was born, I stayed at home, where I constantly had baby-sitters on-hand – whether it was her grandmother, my brothers and many others.

I eventually had to move to a city, where we had no family and my friends there were not quite the kind of people I would leave my kids with. Fortunately, the city of Tshwane heavily subsidises ECD (Early Childhood Development) in the city, so my daughter attended an excellent Early Learning Centre (ELC) which cost me R150 per month. Whilst this made things much easier, state ELCs in the city close at 15:30 daily, which for a working mother is a very awkward time.

There was a good family I knew from my earlier time in the city and the mother of the household was just the perfect person to look after my kids.

My son, who was too young for crèche (a public nursery) went there daily, and my daughter dropped off after crèche ended. Looking after kids is tough, more so when one of them is potty-training and apart from that, Mam’Sibongile gave my children and I excellent care treating them like grandchildren – and me like a daughter. When things were rough, she became my first point of call.

Apart from this, payment for looking after the children meant factoring in that the children ate, used water, electricity and even toilet paper when they were there. All of this had serious financial implications, but because I am a working parent earning above the average salary in the country, I managed.

On the road I used to go catch a taxi to work where I was staying then, there was a woman who sold vegetables and fruit. She would come in early, leaving late – all with a child who looked to be no older than 2 years. So even with subsidised ECD, many still fell between the cracks, because that amount was still not affordable to many.

And then there was the issue with trips; whenever the crèche had a trip for the kids, children who had not paid the amount required had to stay home, because no staff would be at the centre for the day. This also had huge implications for working parents, some of whom work in places that do not have family responsibility leave benefits.

Recently, I moved to the city of Johannesburg and the first thing I did on arrival was look for childcare. Prices for crèches ranged between R850 to R3,500 per child.* Being unfamiliar with the city, I may have missed other crèches further away, although this would obviously have implications on transport costs. What is important about these prices is that this is what they are in a country with a 25% unemployment rate and an average salary for black households ranging between R3500 and R4500.

This disproportionately affects women, who in the majority of South African households are the primary caregivers and severely limits career development, as time that could have been spent on job-hunting and self-development is spent caring for children.

But in doing so the social, educational, and economic benefits of ECD which have been well documented, should be kept in mind – meaning that solutions shouldn’t be about childcare just for the sake of leaving kids somewhere, but childcare that provides all children irrespective of the socio-economic standing of their families with an opportunity to develop their potential.

Our government has without a doubt held a very progressive view on ECD; unfortunately, it is not being addressed with the urgency required.

*The South African currency is Rands. As is, our exchange rate is about R18 to £1 and R13 to EURO.