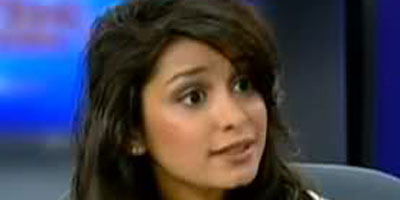 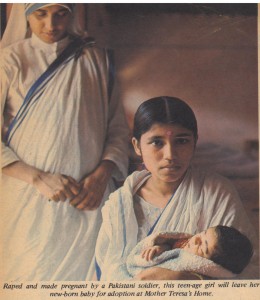 Worth a Thousand Words: Bina D’Costa Tracked Down the Australian Doctor Who Performed Late-Term Abortions on 1971 Rape Survivors. Image Credit: BDNewsThe post- Liberation War generation of Bangladesh know stories from 1971 all too well. Our families are framed and bound by the history of this war. What Bangladeshi family has not been touched by the passion, famine, murders and blood that gave birth to a new nation as it seceded from Pakistan? Bangladesh was one of the only successful nationalist movements post-Partition. Growing up, stories of the Mukti Bahini, (Bengali for “Freedom Fighter”), were the stories that raised us.

My mother told me in 1971, you would send out the men in your family to look in large public parks for the bodies of loved ones who had “disappeared,” picked up by Pakistani soldiers.  Despite the endless killings and torture, she still says, “There was a feeling in the air that you could do anything. Everyone knew Independence was only a matter of time.”

But the one thing we did not hear about as much as we heard about the passionate fighting that defeated the Pakistani Army, were the rapes that took place in 1971. Many academics state that the first time rape was consciously applied as a weapon of war was during the Bangladesh War of Independence.

Yet growing up, those are the stories that were missing from the narrative the post-war generation were told. While the role of women as fighters and supporters of the war are highlighted, the stories of rape camps and war babies are largely ignored.

But we all know that as hard as you try, history cannot be rewritten. The truth exists, and ultimately comes out. In recent years, the shame is slowly lifting from this part of Bangladesh’s Liberation War as more scholars ask questions, and more feminists demand the truth.

Each time I go home to Bangladesh, a relative, usually male, takes me aside and whispers stories to me about the “piles, and piles of bodies of rape victims” you would find under bridges in mass graves. “How many women were raped and killed in the hands of Pakistani soldiers,” my uncle tells me as his voice whimpers. “You cannot imagine, Ma.” 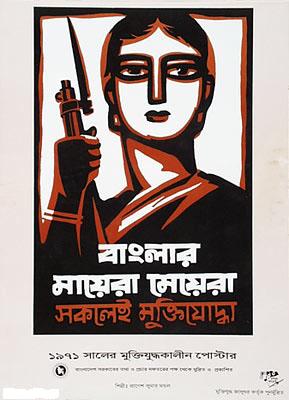 “The mothers and daughters of Bengal are all freedom fighters,” Reads a Liberation War Commemoration Poster. Image Credit: Wikipedia

But a Bangladeshi scholar wants us to do just that. In fact, as a country we all owe a great deal to Bina D’Costa who went and tracked down the Australian doctor, Geoffrey Davis, brought to Dhaka by the International Planned Parenthood Federation (IPPF) and the United Nations. Davis was tasked with performing late-term abortions, and facilitating large scale international adoption of the war babies born to Bangladeshi women.

D’Costa’s conversation with Dr. Davis was recently published in a Bangladeshi publication, and is worth reading in its entirety. The stories of women being tied to trees and gang raped, breasts hacked off, dumped in mass graves, being held in Pakistani rape camps are all detailed.

When asked if the usual figures of the number of women raped by the Pakistani Army, 200-400,000, are accurate, Dr. Davis states that they are underestimated:

…Probably the numbers are very conservative compared with what they did. The descriptions of how they captured towns were very interesting. They’d keep the infantry back and put artillery ahead and they would shell the hospitals and schools. And that caused absolute chaos in the town. And then the infantry would go in and begin to segregate the women. Apart from little children, all those were sexually matured would be segregated..And then the women would be put in the compound under guard and made available to the troops…Some of the stories they told were appalling. Being raped again and again and again. A lot of them died in those [rape] camps. There was an air of disbelief about the whole thing. Nobody could credit that it really happened! But the evidence clearly showed that it did happen. 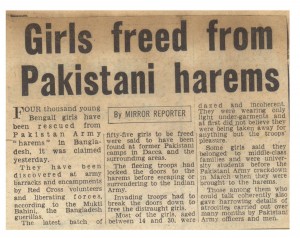 Dr. Davis talks about how Sheikh Mujibur Rahman labeled the rape survivors as “war heroines” to help them reintegrate into their communities, but the gesture largely did not work. After being assaulted and impregnated by Pakistani soldiers, the Bangladeshi women were completely ostracized by society. Many were killed by their husbands, committed suicide, or murdered their half-Pakistani babies themselves.

Some women were so scared to go back home after being held captive in Pakistani rape camps, they begged their Pakistani captors to take them back to Pakistan with them.

As I was reading through the article, I found myself simultaneously looking up sources online. Thisvideo of a NBC reporter who found a shelter where many women impregnated by Pakistani soldiers stayed until they delivered makes you remember that when we talk about the large-scale violence against women that took place in 1971, often we are talking about young girls, sometimes just 13 years old.

As I struggled through my emotions to keep reading,  I stopped and sat back in my chair. “What am I doing this for?” I asked myself. “What is the point of digging up all this horror?”

That is when I realized that the pain is exactly the point. The shame that the women of Bangladeshi who survived the war carry should be shared with all of us. Why should they suffer in silence? They probably bore the greatest burden of the war, and out of respect we must recognize them. We must find honor in their experience.

Yes, we are a “conservative” country. Yes, we are a Muslim country. Yes, we can use a lot of excuses as to why we want to close our eyes to this painful and horrifying part of 1971. But by doing that, we are denying a huge part of our history to exist. As D’Costa says, we are intentionally suffering from “historical amnesia.”

After Bosnia, the Rome Statute officially recognized rape as a weapon of war. While these survivors are still alive, Bangladesh must honor their testimonies and have these crimes prosecuted in the War Crimes Tribunal, finally set up in Bangladesh forty years after Independence.

The question that keeps haunting me though is where can the vibrant women’s movement in Bangladesh go if we have a such a massive historical wound to heal from? We must look to the past and bring justice to these women, to all the survivors of the sexual violence of the 1971 war, if we really want to move forward.