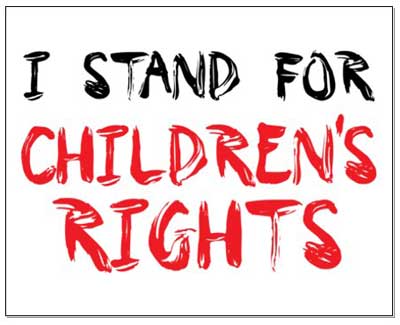 16th December every year brings back depressing thoughts, as it was the day Pakistan lost its eastern half with lots of bloodshed and destruction. But the grisly event at Army Public School, Peshawar on the fateful morning of December 16th this year has diluted the memories of the “Dhaka Fall” as it is more commonly known.

The whole nation was stunned with utter grief as the news started to spread about the terrorist attack on APS in Peshawar. The brutal killing of children with majority in the age of 9 – 16 years tore the hearts of the entire country. Never in the history of Pakistan, has the country witnessed children being targeted in such a heinous way.

I and on behalf of Social Research and Development Organization (SRDO) strongly condemn this brutal and cowardly act and appeal to the civil society to come forward and join hands to resist and eliminate all forms of violence against children from Pakistan. I, in my humble capacity will continue to promote the rights of children for a safe and enriching childhood so as to enable them to achieve their full potential as an adult.

The participants of a program vowed to make Pakistan a safe, secure and better place for the future generations; it was organized in connection to a series of events planned as part of the 25th anniversary of United Nations Convention on the Rights of the Child on 20th November.

The Social Welfare Department (SWD) of the government of Sindh, in collaboration with UNICEF, organized the program on 20th November, 2014 at Social Welfare Training Institute, Karachi.

A large number of people from different sections of the society including government officials, officials of UNICEF, international organizations, NGOs, CBOs (community-based organizations), school children, teachers, and parents participated in the gathering.

Speakers of the Universal Children’s Day informed the audience that United Nations General Assembly unanimously adopted the Convention on the Rights of the Child (CRC) on 20th November 1989.

The UN Convention on the Rights of the Child has been ratified more quickly and by more governments than any other human rights instrument in history. It was informed that CRC is an international treaty that recognizes the human rights of children, defined as persons up to the age of 18 years.

It makes children the holders of over 40 fundamental rights. It was added that,

“CRC is a pledge by the state parties to protect and promote the rights of children and the Universal Children’s Day reminds us to work for the children of the country.”

These child protection units have been established with the support of UNICEF.

It was informed that the establishment of the child protection units in different parts of the province is part of the mechanism intended to strengthen the child protection system at local level. It was added that CPUs offer support to children, victims of abuse, violence or neglect, and provides help through a referral network of service providers, comprising both government departments and non-government organizations.

It was also informed that CPUs have so far provided benefit to 18,365 children in different districts of Sindh province.

On the occasion of Universal Children’s Day; Social Welfare Department Sindh also endorsed the standard operating procedures (SOPs) for Child Protection Units (CPUs). These SOPs have been prepared with the coordination of departments of social welfare of all four provinces with assistance from UNICEF.   The overarching purpose of the document is to provide clear guidance on case management, administrative and professional requirements. Furthermore, it sets specific standard procedures to be followed at each step of the child protection process within the CPU.

At the end of the program, it was observed by a speaker that 25th anniversary of Universal Children’s Day is an occasion to celebrate the progress made during the last 25 years; additionally, it also reminded us to work hard for the protection of our future generations.

It was reiterated that Social Welfare Department (SWD) of the government of Sindh. and UNICEF are fully committed and trying their level best for the elimination of all forms of violence against children, both girls and boys.

The program was concluded on a national song, immaculately sung by the students of Government Boys & Girls School, Sita Nagar, Sachal Goth, Karachi.