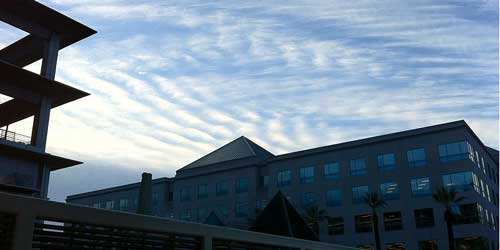 Compensation Programmes Required to Help the Victims of Violence

Violence has been an integral part of the human history, in all parts of the world, for ages. It is roughly estimated that each year more than a million people lose their lives, and many more suffer non-fatal injuries, as a result of self-inflicted, interpersonal, or collective violence.

“the intentional use of physical force or power, threatened or actual, against oneself, another person, or against a group or community that either results in or has a high likelihood of resulting in injury, death, psychological harm, maldevelopment or deprivation”.

Violence is a global phenomenon and is among the leading causes of death worldwide.

According to Global Status Report on Violence Prevention 2014, “There were an estimated 475,000 deaths in 2012 as a result of homicide. Sixty percent of these were males aged 15–44 years, making homicide the third leading cause of death for males in this age group”. The Report further informed that,

“Women, children and elderly people bear the brunt of nonfatal physical, sexual and psychological abuse: a quarter of all adults report having been physically abused as children; one in five women report having been sexually abused as a child; one in three women has been a victim of physical or sexual violence by an intimate partner at some point in her lifetime, and one in 17 older adults reported abuse in the past month”.

Violence and abuse has numerous forms, therefore causing different consequences in every society. In Pakistan’s context, major sources of deaths and fatal injuries include, but are not limited to: terrorism, militancy, sectarian or target killings, family feuds, political or financial disputes, customary practices – such as honor killings, domestic violence and gender-based violence.

Researchers pointed out that violence is one of the most significant contributors to death, disease, and a number of other health and social problems.  According to the World Bank: Costs of Violence 2009 report,

“Violence causes profound psychological and physical trauma, reducing the quality of life for all society and affecting both women and men, young and old, rich and (particularly) poor”.

Over the period of time it has been observed that violence is a complex and multilayered issue; therefore, it should be addressed at multiple levels and in multiple sectors of the society.

Recognition of violence as a major problem, introduction of specific legislation, strengthening of criminal justice system and rule of law, both vertically and horizontally, are some of the required steps to curb and minimize the quantum of violence. Furthermore, interventions are essentially required to provide help and care to the victims of violence.

Recovering from violence or abuse is a difficult, exhaustive and expensive process. In post violence situations, support and care is necessary to diminish the sufferings of the victim and restore his/her physical and mental health and wellbeing.

The provision of health facilities in Pakistan is highly inadequate and lags behind many countries with economic and geographic similarities. Government provision of health care is deficient in most respects, while private care is too expensive for most of the population.

The country has no national health insurance system and a majority of the population pay health care expenses themselves.

Since no compensation programme is in place; the victim of violence or abuse has to pay the health care expenses by his/her own pocket. Due to heavy expenses on accessing health facilities, the victims of violent crime may suffer financial stress as devastating as their physical injuries and emotional trauma.

Similar to health care facilities, litigation is also a lengthy and exhaustive process in Pakistan. It is a fact that victim support services should cover services beyond medical and other care. Legal aid facilities and education expenses for the victim of violence or their dependents should be integral part of the victim compensation package.

An article, Redress for terror victims, published in daily Dawn in January 2015 stated that,

“Pakistan’s federal and provincial governments have a history of providing compensation and assistance to the victims of terrorism and conflict, including the KP government. But as the Institute of Social Policy and Sciences’ (I-SAPS) 2011 report found, the existing mechanisms have been inconsistent and often subject to political influence”.

It is, however, important to mention that in Pakistan, we don’t have any formal mechanism to collect and disburse compensation to the victim of violence, unlike other places in the world, such as in Texas (USA). The Texas Attorney General's website mentions,

“Crime doesn't pay, but in Texas, criminals do. Texas courts collect court costs from convicted offenders for the Crime Victims' Compensation Fund. If you are a victim of violent crime, you may be eligible for benefits”

Around the world, many compensation programmes help the victims, or their families, quite significantly to cover their medical care, mental health treatment, moving expenses, cost of housekeeping and even child care. Many programmes continue working to improve the efficiency and efficacy of their services and find more plausible options to help victims.

In Pakistan, there is also a need to initiate victim compensation programmes, with strong collaboration of both government departments and non-government organisations, to help the victims of violence and abuse. It is high time to take serious note of the issue and develop a strong referral network of service providers that will help the victims to get adequate help.

Last but not least, the proposed victim compensation system should be simple, swift and transparent.

Amir Murtaza is a senior researcher, analyst and writer on social development issues, especially pertaining to women, youth and children. He can be contacted at