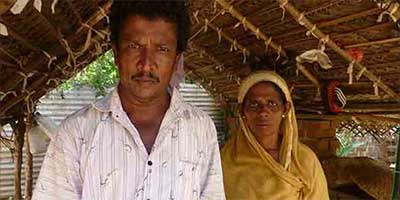 Saudi Arabia has executed a Sri Lankan domestic worker for killing a baby in her care in 2005, a foreign ministry official in Colombo has told the BBC.

The maid, Rizana Nafeek, had denied killing the four-month-old boy.

Her supporters say she was only 17 at the time of the killing. They say her execution is a breach of international child rights.

The Sri Lankan parliament held a minute's silence on Wednesday in honour of Ms Nafeek.

An MP who campaigns for Sri Lankan workers abroad, Ranjan Ramanayake, described the Saudi government as "dictators" who would never execute Europeans or Americans, only Asians and Africans.

The parents of Ms Nafeek had repeatedly appealed to King Abdullah to pardon her.

She was convicted in 2007 of murdering a four-month-old baby she was caring for in 2005.

Human rights groups including Amnesty International and Human Rights Watch have criticised the Saudi authorities for their handling of the case, as have campaigners in Sri Lanka, who argue that there were serious translation problems at the time she confessed to the crime.

They also argue that they she did not always have access to a lawyer, and that her reported execution breaches the UN Convention on the Rights of the Child which Saudi Arabia has ratified.

There has been no comment so far from Saudi Arabia.